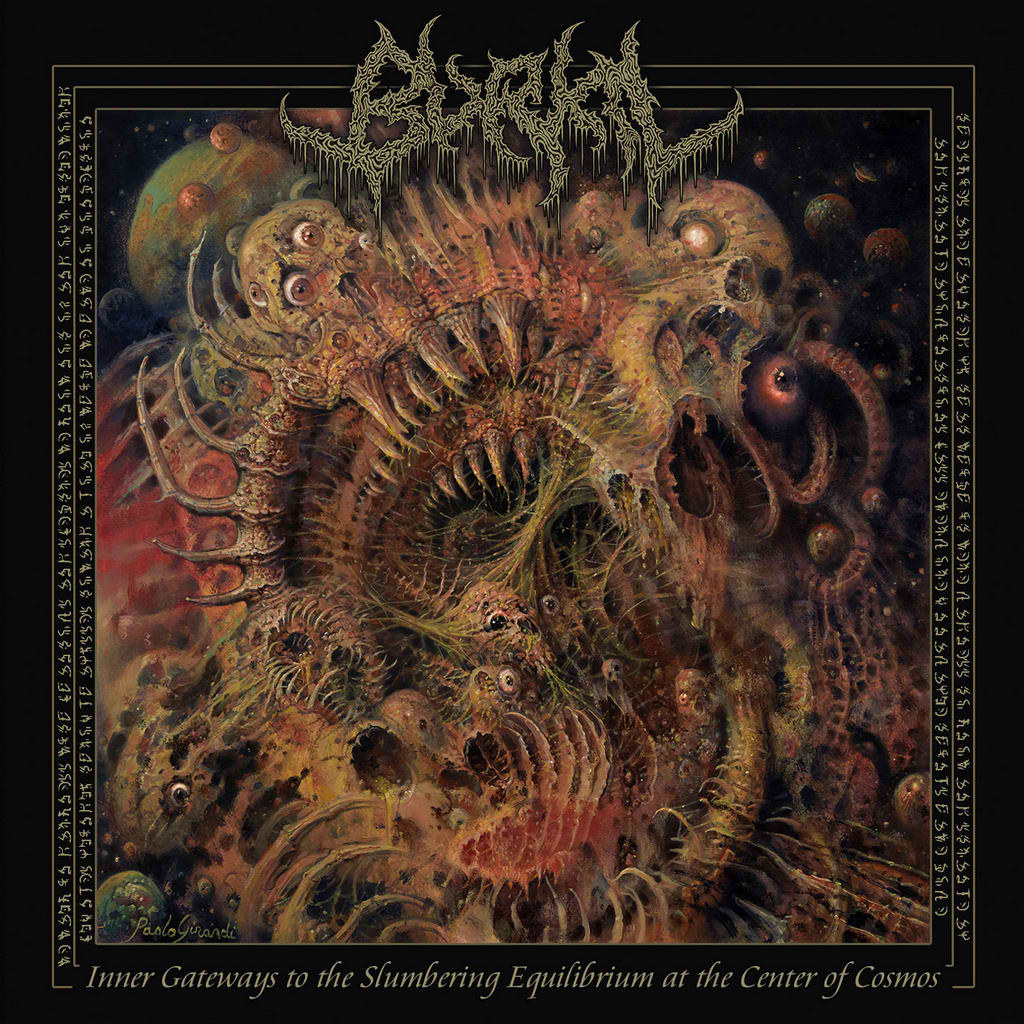 After forming in 2012, Italys Death/Doom realists, Burial, have released 1 self-titled demo in 2016 before 2019’s “The Forgotten” EP and demo “Presence from the beyond” the same year. The band seem to be hitting a creative peak at the minute. Having signed with underground gourmets Everlasting Spew Records as well as being armed and ready with a fresh rhythm section, these boys have unleashed a debut of complete annihilation.

“Inner Gateways To The Slumbering Equilibrium Of The Cosmos”, don’t try to say that without a breath otherwise you’ll pass out and injure yourself, 1st track “The Curse Of The Unborn God” saws through some of the most thrash laden Death/Doom passages going and the death throes continue deep into each song like a steam running into a pool of a billion tortured souls. Vocal/Bassist Enrico F puts on a vocal performance of domination, foreshadowing the impending destruction that awaits anyone in earshot. Instrumental track “Absent Visions Conceive Unspeakable Beings”, is a sorbet to clear the palate here, somewhat reminiscent of Gojiras earlier instrumental passages, spaced out astral projections that make you sway into the vacant spaces of time before taking off to the next unholy war in the outer realms of the galaxy.

Samuele S’ drum work on here is a highlight, you can’t make an album that takes you to this level with piss boring stick work, he knows how to hang back and let the guitars create atmosphere and administer a dose of despondent dread, before building into tasty double bass and tom patterns that careen into blistering flurries of blasts, tribal and D-beats. Top level. Amazing artwork provided by Paulo Girardi (Tribal Gaze, Yatra) shows a vortex of souls swirling and decaying into the centre of the cosmos. Great artist and I highly recommend to check out his portfolio.

Everlasting Spew has really stuck gold with this bad motherfucker, Burial are without a doubt scaling the mountain of Death/Doom and making good time. Impressive. The cosmos isn’t going away just yet so hopefully we hear more from Burial soon. (Skye_Dogg)