Undeath – Lesions of A Different Kind 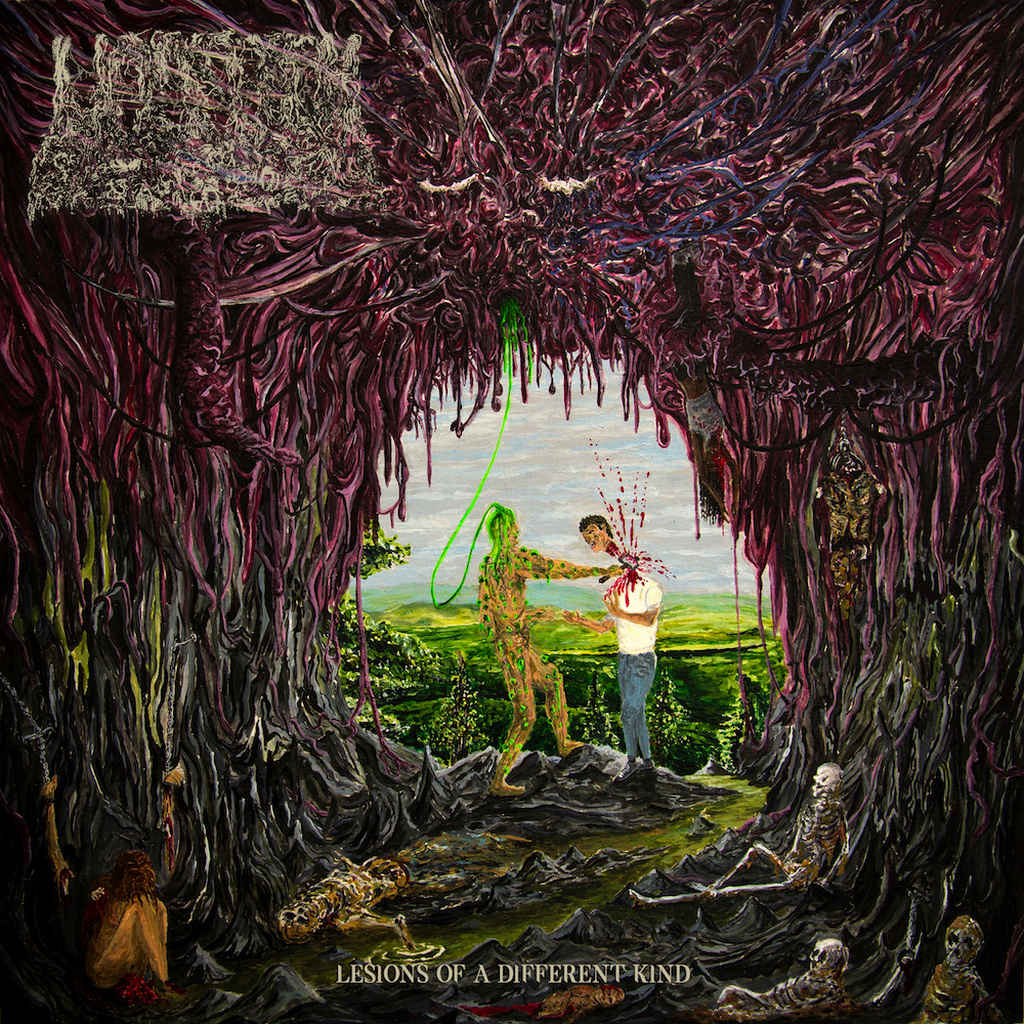 “Lesions of a Different Kind” offers something for every metal head, whether you’re a pompous elitist or a newbie discovering the genre itself and all its grandeur. With hot guest appearances, 90s Old School Death Metal essence of playing & advantage of WAY better production, lyrical scope of horror and death metal, and myriad of mind blowing riffs that vary between maniacal to docile momentum throughout, savor the craftsmanship these guys put into creating a candidate for album of the year 2020.

Trio during this production, brought in two additional members this year including a second guitarist Jared Welch, and bassist Tommy Wall, who’s also active in bands: Tomb Warden, Brainpan, and Narrow Grave; can only imagine the advance with two more members. Being their 1st LP, an immense progression from their killer 2019 demo “Sentient Autolysis”, these guys have a certain spark to them that not a lot of contemporary metal bands match up to. The youthful energy and meticulous song structure they incorporate to their resonance is uncanny.

Artwork by drummer Matt Browning, a cave dwelling overlooking the mountain scenery and focal point being an innocent, naive wanderer hacked by this humanoid being connected to a neon fiber and oozing slimy spots, feeling these people are slowly on the verge of claiming their rightfully owned dominion. “Suitably Hacked to Gore” puts you in a state of hysteria with sonic madness coming in strong from the riffs and drum work solo from Cody Davidson. A slower tempo with more density includes “Shackles of Insanity” which I love the playup of drum intro taken from Kreator’s “Pleasure to Kill” and “Lord of the Grave”. Title track with Trevor Strnad screeches is a pleasant balance to harmonize with Alexander Jones’ pitch to give intensity to this track. Notable riff work is exceptional on “Entranced by Pendulum” & “Acidic Twilight Visions”.

Grateful this wasn’t drowned out with blast beats, replaced with groove. Simplistic yet effective start to finish. (Tori Belle)