Weak Aside – Forward Into Darkness 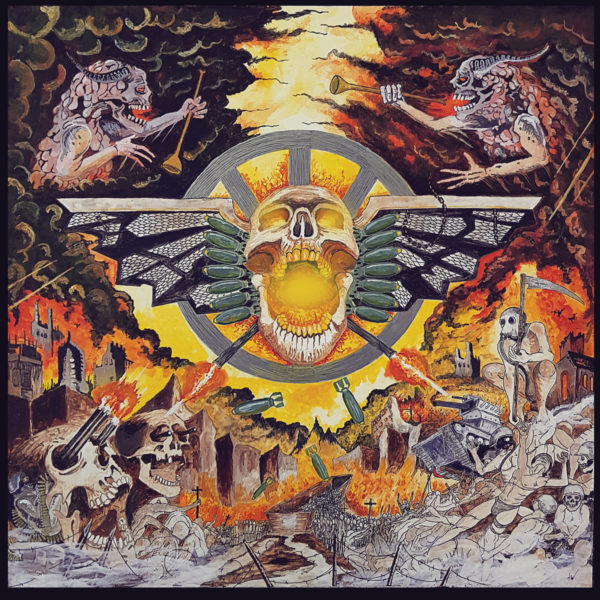 Weak Aside definitely wear their influences on their sleeves and in this case they must own quite a few Obituary and Bolt Thrower long sleeve shirts. Backed by a very solid production, Forward Into Darkness is a mid tempo death metal affair that really doesn’t do anything new for the death metal genre but is a very enjoyable album nonetheless.

This album just reeks of Florida death metal. The third track “Royal Blood Dethroned” mixes melodic riffs and thrash tempos with the bands usual mid tempo stomp riffs. This is also the first time the band reaches blast beat territory. One aspect of the bands sound that needs to be addressed is just how much the vocalist manages to sound like John Tardy. If you told someone that he was a guest vocalist on the album I don’t think they would have a hard time believing you. Another aspect of the bands sound that really brings to mind Obituary are the excellent melodic guitar solos. They never seem forced and always add a lot to the music.

Like I previously mentioned the production really helps the band shine. The drum production in particular is really powerful and lets the performance really hit home. Guitars are loud and heavy as all hell, bass rumbles with authority and the vocals are mixed perfectly. Production wise this really leaves nothing to be desired.

I’ll be the first to admit that I usually don’t look for originality in death metal. It’s very clear that this band has taken aspects from a few bands but that doesn’t mean the album is not worth your time. The songwriting and production help make this be so much more than just a generic death metal album. Pretty awesome band name too eh? (MikeH)