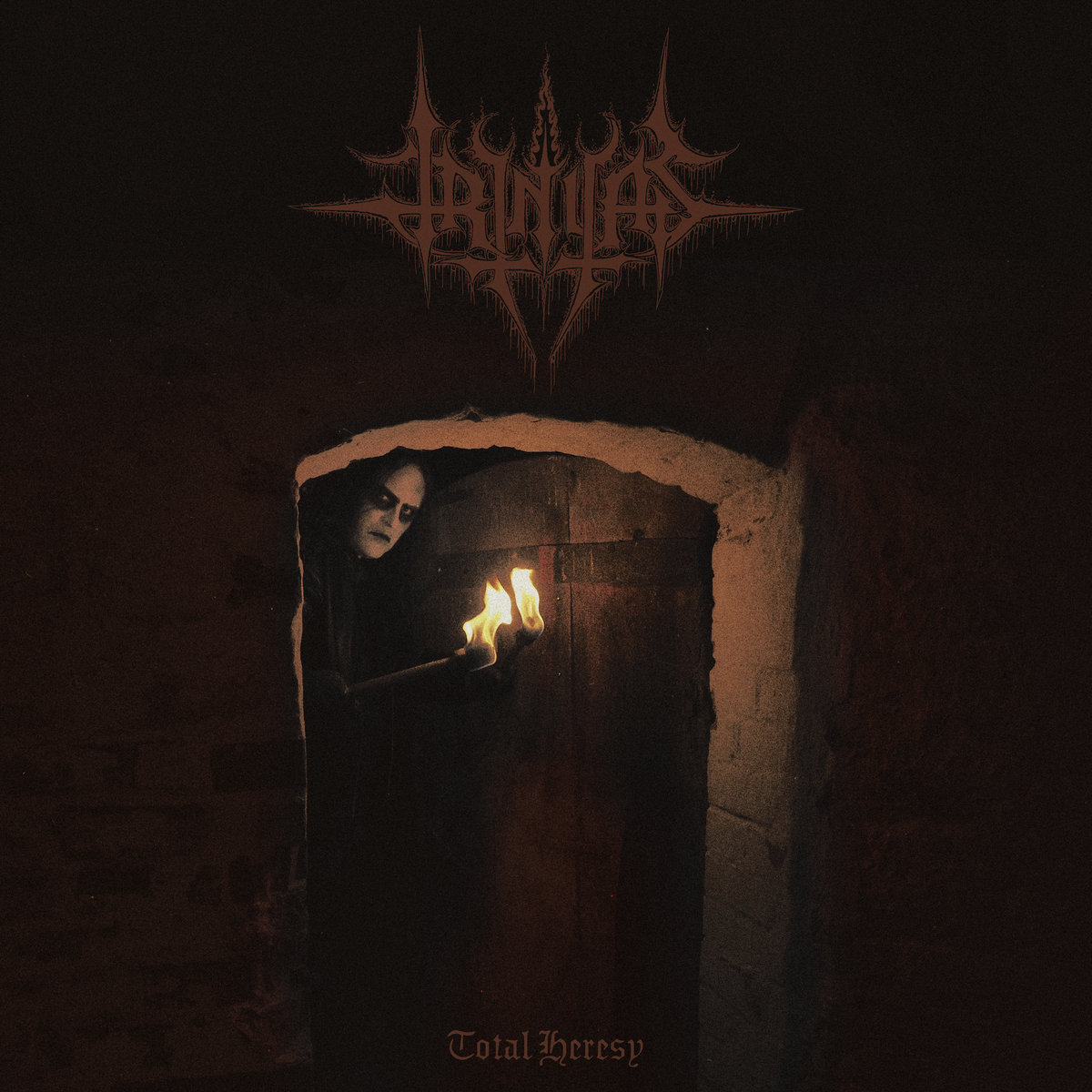 When I first stumbled upon the band Trinitas in a playlist, I just played the track, enjoyed what I superficially heard and added it to my list of albums to review. It wasn’t until I started preparing the review that I realized that not only is it released by the quality label Ván, but also features an international line-up featuring quite some scene veterans. On drums we find one of two German members in the person of Tormentor, currently member of Asphyx and Metalucifer but previously also in Sodom and Desaster. The vocals have been provided by his countryman Azathoth, current member of Gràb and known for being part of Dark Fortress from 1994-2007. Finally, the guitars are of Swedish origin courtesy of Vargher, most known for work with Ancient Wisdom, Naglfar and Bewitched. The result of this union? Maybe not exactly what you would expect.

‘Total Heresy’, the band’s debut full-length album, is not the first work by the band. In 2019, War Anthem Records already released an EP bearing the title ‘Trinitas’, although seemingly the EP went by quite unnoticed. Or at least, I would have expected a bit more noise around a band with quite a respectable collection of musicians such as Trinitas. I do expect that attention to come with ‘Total Heresy’, although I probably wouldn’t label it as a release you normally expect on Ván, which are typically quite adventurous and out-of-the-box in nature. Nor does it sound much like the other bands of the members. What Trinitas offers on ‘Total Heresy’ is Black Metal in the traditional mid 90’s vein. While the EP was more inspired by early Gorgoroth, Dødheimsgard and Darkthrone, the clearest musical reference I hear on the full-length is that of Mayhem (not in the least because of the versatile, at times Attila-esque vocal performance of Azathoth) although the influence of aforementioned bands and in general the mid 90’s Norwegian scene is omnipresent and undeniable on the album. The material is delightfully unpretentious, with an authentic and well-balanced production that features noteworthy rumbling bass and a wonderful drum sound (especially the toms).

I usually write down notes for every track on an album I’m reviewing to distinguish elements and tracks to highlight. It’s telling that pretty much every song on this album can be summarized by the following: sounds traditional, very Norwegian, with diverse vocals and catchy riffs and nice atmosphere. So there you go: Trinitas offers an excellent tribute to mid 90’s Norwegian Black Metal, with catchy, unpretentious tracks that are far from original but all the more pleasing to listen to. Maybe it isn’t necessarily what you would call a typical Ván release. Or perhaps it’s a sign that Ván is extending to more traditional Black Metal through bands like Trinitas and Stormkeep, possibly inspired by the strong cooperation with Terratur Possessions. Regardless, ‘Total Heresy’ is very well worth listening to and totally deserves the Ván quality seal of approval.