The Ruins of Beverast – The Thule Grimoires 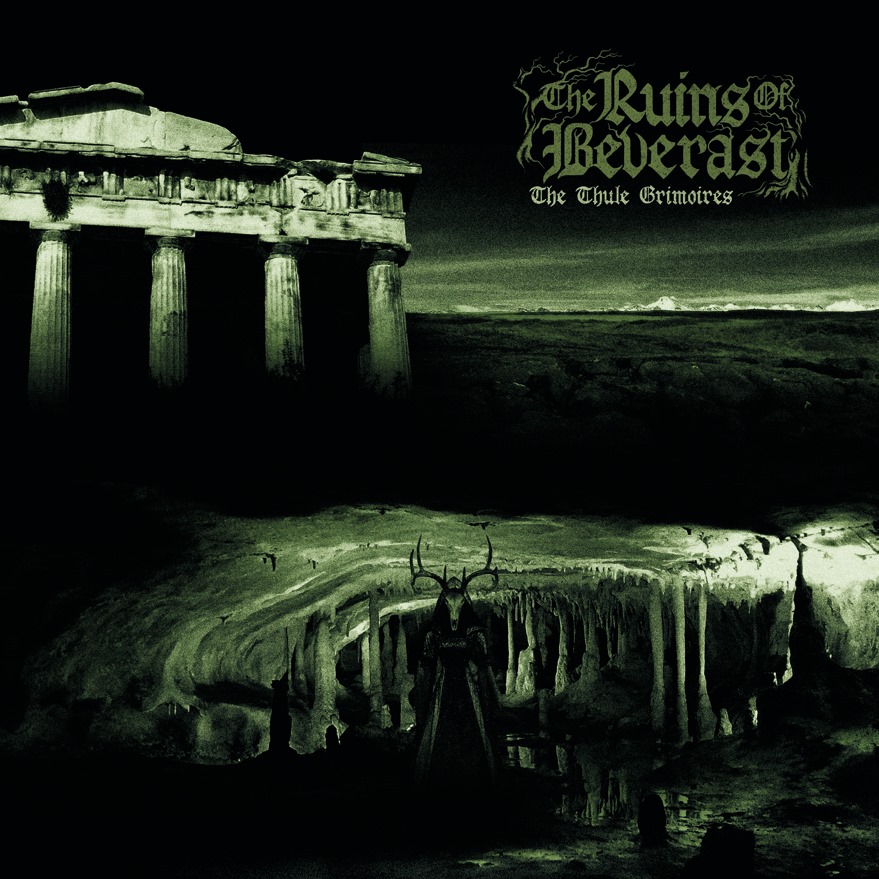 It’s been a handful of years since we’ve had a proper release from Blackened German Psychonaut, The Ruins of Beverast. Discounting the two excellent splits that 2020 brought us, it’s been roughly four years since we’ve had a genuine full-length from this crowd favorite. 2017 brought us the excellent “Exuvia,” a whirlwind of unhinged Blackened Doom (or maybe Doom-laden Black?) Metal that impressed just about everyone with its flawless, psychedelic approach and texturing. Truly, it felt like a cut above the rest and still remains one of my favorite Black Metal records of last decade. As much as I hate piling expectations on bands, I couldn’t help but feel my excitement grow the closer we got to the release date for “The Thule Grimoires.”

And now, here we are. Metal wunderkind Alexander von Meilenwald, the multi-instrumentalist and sole member of The Ruins of Beverast, has delivered what is quite possibly the only album that could ever follow up such excellence, as well as the stellar offerings that preceded said excellence. “The Thule Grimoires” feels like a culmination of everything that came before it. Like previous records, it effortlessly fuses Black and Doom Metal into something quite sinister, something foreboding, yet ultimately creates a sound that is hyper-intricate and singular.

For instance, if you poke around the web, you’ll find a lot of articles mentioning that this album is very “textured.” And that seems to be the appropriate word to use here. There are melodies, harmonies, rhythms… There’s really a lot going on here that cohesively works to create tracks that are towering and absolutely monolithic, but also warm enough to add a little emotional weight. This is an album that requires the listener to invest not just their time, but their mental state as well. “The Thule Grimoires” is a rollercoaster, sometimes cold and distant, sometimes personal and in your face.

That being said, I can understand if one finds “The Thule Grimoires” (or even previous albums) to be a bit intimidating. If there’s one thing you can expect from this band, it’s that there’s no such thing as a “short” song. The album runs well over an hour, with the opening track, “Ropes into Eden,” clocking in at over 12 minutes while album closer, “Deserts to Bind and Defeat,” is just shy of hitting 15 minutes. In fact, with everything that goes on in any given song, it could also be easily overwhelming for someone not familiar with Meilenwald’s style. But do it. Take a deep breath, put your best pair of headphones on, sit back and drop out. It’s an absolute trip, for sure. A trip that takes you to the farthest reaches of Thule itself, but one that is ultimately rewarding and unforgettable. (Sam Cooper)