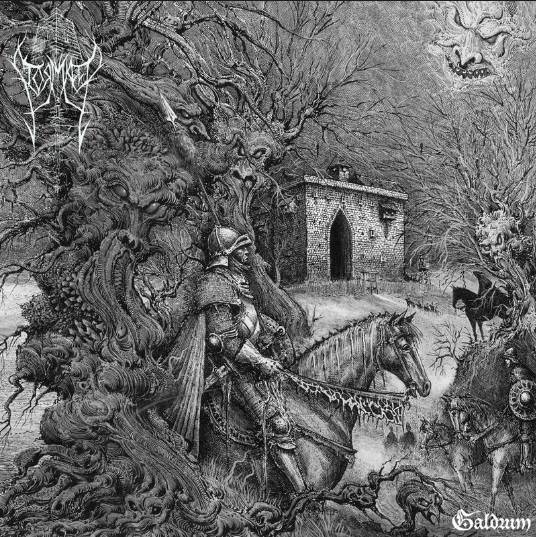 Every once in a while, a band comes along and provides a new take on tried and true formulas in a way that makes the usual tropes that we love and adore feel fresh and revitalized. In the case of Black Metal: enter Stormkeep with their 4 track EP – “Galdrum”

Stormkeep are a medieval-tinged Black Metal quartet out of Colorado, sporting members from atmospheric Black Metal band Wayfarer. The similarities stop there, however. Imagine taking Summoning, “In the Nightside Eclipse” era Emperor, Windir and even a hint of something akin to Mgla, then throwing it in a blender after trudging through the frosted ruins of some medieval fortress in northern Europe.

There’s nothing groundbreaking here, but the total sum if its parts manifest as something original in the Black Metal genre. Every riff flows into the next and accomplishes the goal of drumming up a proper, epic atmosphere for a band writing music within this context. The vocals are classic, distant screeches from the depths of some far away dungeon and the drums keep things interesting enough between blasting away in the same manner as many of the second wave Norwegian greats. It doesn’t sound evil, but it does sound cold!

If you like any of the bands I mentioned, or are simply looking for something different in a world saturated with a lot of atmospheric Black Metal these, then don’t sleep on Stormkeep. (AndrewA)