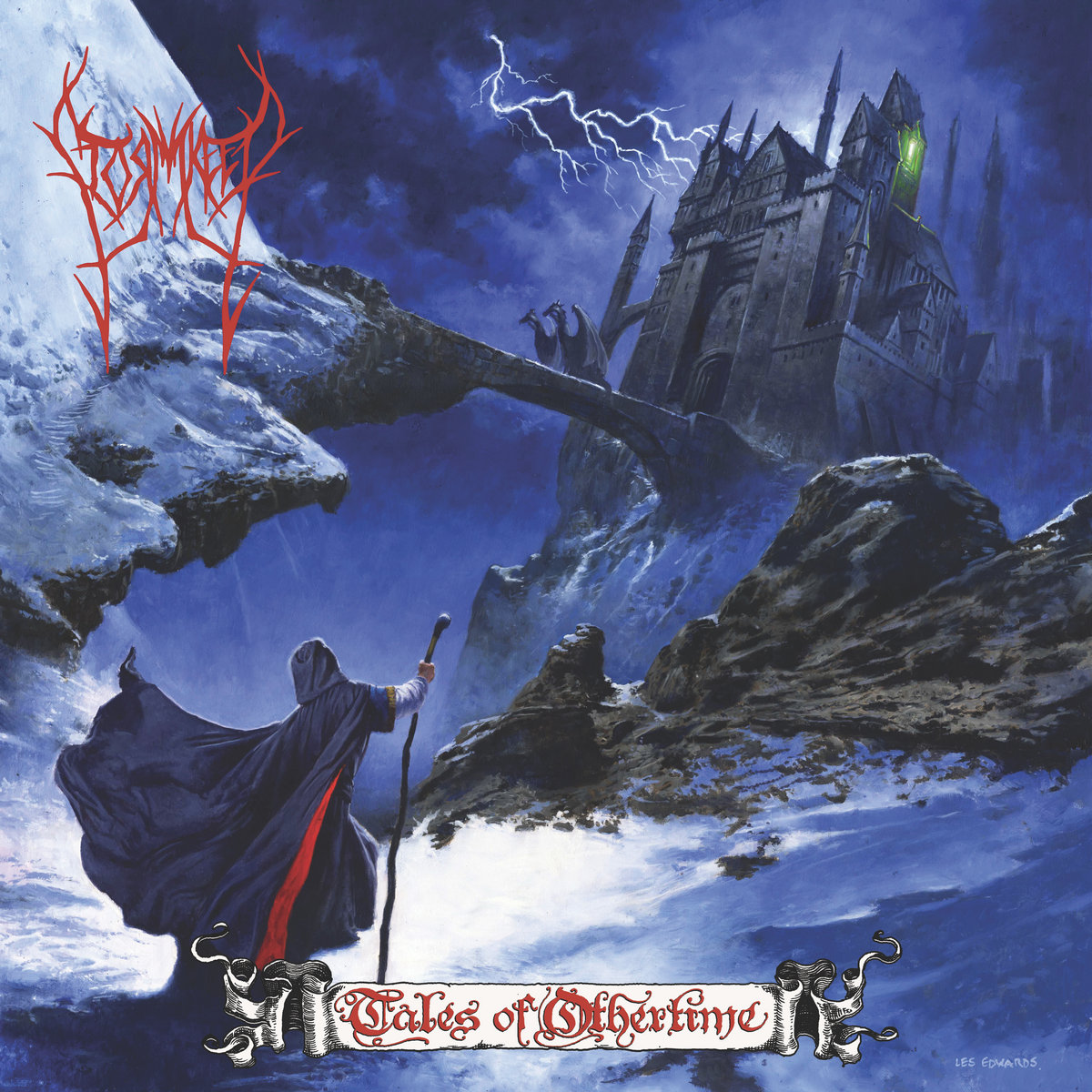 In the wake of the popular `Galdrum’ EP, Stormkeep released their first full length album `Tales of Othertime’ in late 2021. Members from amongst others Wayfarer, Blood Incantation, Lord Dahthar and Augur channelled their inner Dungeons & Dragons (or Rhapsody) worship and together created a world of Medieval Black metal. Quite literally, because nothing is left to chance and no details are spared to help the listener immerse into their epic tales, as the album comes with an extensive booklet and map of the imaginary world of Elda. The mood is set, but does the album actually deliver?

The answer is a quite resounding yes. While `Galdrum’ had an incredibly charming feel to it, the sound was maybe a little bit too muffled and plastic, something which has been corrected on the follow-up. The drum sound is better balanced, and most of all the keyboards sound more bombastic, which was probably my main issue with the otherwise excellent debut EP. `Tales of Othertime’ has exactly the rich, bright and balanced production that the style needs. Composition-wise the band also made progress, further tuning a formula that takes from Dimmu Borgir, Emperor, later Bathory, Rhapsody, Summoning and the likes. The music is often rapid, but melody and atmosphere are always carefully incorporated regardless of pace. When you consider a healthy dose of Heavy Metal, acoustics, Medieval Folk and even Dungeon Synth is added, you might run a risk of getting lost in all the details. But the true triumph of the album is that Stormkeep manages to craft a fine balance between these elements. The result is captivating, diverse, and quite plainly: Epic! It’s a sign of the times that nowadays Symphonic Black Metal like this gains large audiences (judging by the number of represses the album has already had since its release), but listening to the tracks on `Tales of Othertime’, that attention is completely justified. (VincentP)