Chapel of Disease – …and as We Have Seen the Storm, We Have Embraced the Eye 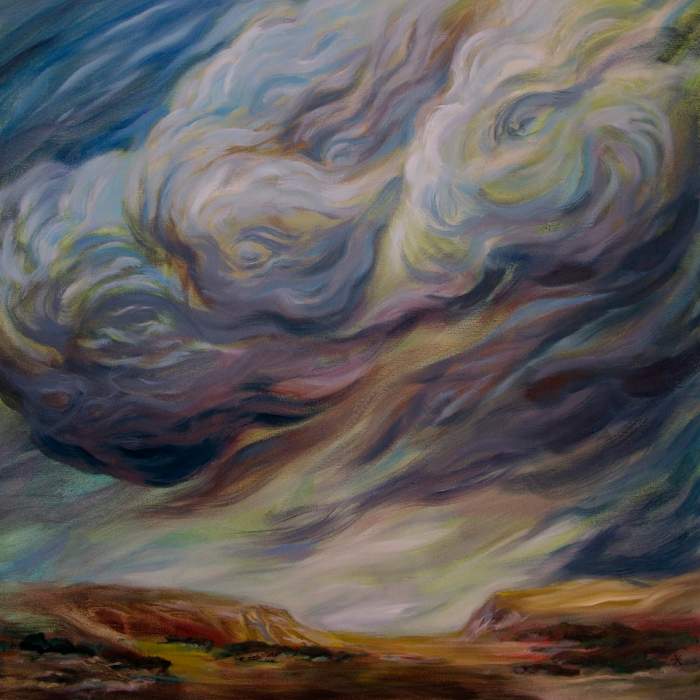 Germany’s Chapel of Disease, oddly enough, are still quite unknown as far as I can tell. Sure, they aren’t garage band status, but given their output being so fucking great, they are still quite small fish in a big sea of lesser fish being eaten more frequently. Anyway, I’m here to review last years cleverly titled album as they certainly embraced the eye of the storm. They spent nearly 3 years on this beast of a record and it shows.

First off, every album they have put out sounds completely different from the previous one. No changing that here either. It is an amazing journey through a balanced album throughout of skilled Black Death that draws influence, in my ears from primarily bands such as Dissection and definitely an 80’s Heavy Metal vibe going on and is very melodic in a good way. Memorable songs that are well written. Don’t get me wrong, they are still feral and filthy, they just bring a refreshing and unique take on pitch black evil Black Death Metal with riffs out the ass, hooks, and plenty of melodies. The guitar solos reference a lot of blues and old rock n roll which suits the album perfectly. The drums are NOT triggered which is a huge plus. The vocals range from beast like to painfully sounding yells. The production suits the album just fine. Not polished but not an unlistenable pile of shit, haha.

This is their most varied album to date and, I think, most unique. The musicianship, again, is phenomenal, something quite a few bands lack. Practice is key! They started out in 2008 and put a demo out in 2012 along with a split and debut album, which attacked like a Demon from Hell! 2015 saw album number 2 make it’s attack. According to Metal Archives, their name is a mix of two early Morbid Angel songs which should be easy to figure out if true. I do know the art is stunning and suits this great album that was one of my favorites last year. Give it a spin, you just might find a killer to add to your collection. (LOD666)