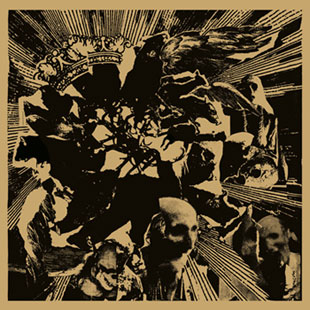 Two of the most barbaric bands from Germany joined forces to unleash a murderous split through Ván Records. This 30 minutes trip will make you try to gasp for air. Holocaustic winds of extinction are blowing tremendously…don`t try to escape, you won’t have a chance. Both bands are crushing thunderous Black/Death acts, the Blasphemy, Bestial Warlust, Antaeus or Conqueror way. Straight, to the point, not compromising, not joking. The last decade a lot of bands tried to reach the brutality and intensity of their pioneers, but mostly just hadn`t enough ideas to stand out or at least some serious level of greatness. These two bands are some of the promising bands, not just being pure copycats, but able to integrate some great riffage and transitions, making some space for dark slower elements and change again into a ferocious beast of blasting machine gun artillery. Fantastic split for the extreme lunatics in metal. It`s time for both to release a proper full length now. (DPF)