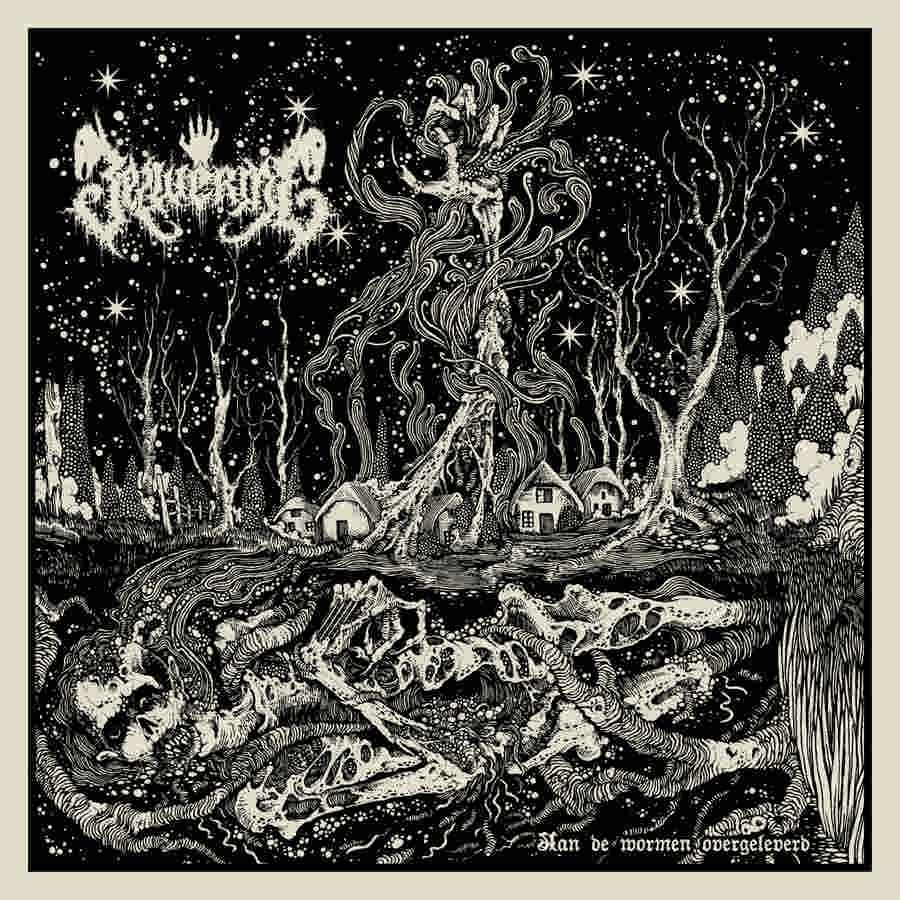 It was quite a blow for the Black Metal fans when Wederganger called it quits in 2018. That band made quite an impact with their album “Halfvergaan ontwaakt”, full of mesmerizing melodies, granite riffwork and the solid interaction between the unhallowed black screams and epic, operatic vocals. Unfortunately, as said, the band ended after a few split releases with Laster, Kjeld and Urfaust. A promising future halted abruptly.

Afterwards, Botmuyl surfaced again with releasing the album “Verslonden” with Hellehond. The other two masterminds behind Wederganger – Alfschijn (vocals) and MJWW (guitars) – continued under the new name Bezwering. Wederganger’s live drummer Onmens was recruited into the band, along with second guitar player Plaag and bassist Onzalige. A very limited release of the 2019 cassette demo “Voortekenen” secured these Gueldrians a prolongued cooperation with Ván Records.

The first few songs suggest a slightly more straight forward Black Metal direction. Almost punkish riffs, sludging along with the raspy vocals. The Black Metal scream is doing a more than decent job. Despite the obvious similarities with Wederganger, Bezwering does somewhat differ in general feel and sound, and there is plenty to enjoy. The more melancholic feel returns with both “Rouwstoet” and “Geen Bloemen op mijn Graf”, containing the operatic, almost Gregorian vocals and optimal use of two guitar players, layering sad melody lines over whirling chords to create images of graveyards at sunset and resurrecting corpses, makes you almost smell the earth covering the fresh graves.

As a whole, the album holds a flawless balance between chaos and beauty, extremity and accessability, melody and disharmony. Majestic Bathory-isms melt together with raw carpet bombings of Black Metal. An asset to the blooming Dutch metal alliance. (Stijn)