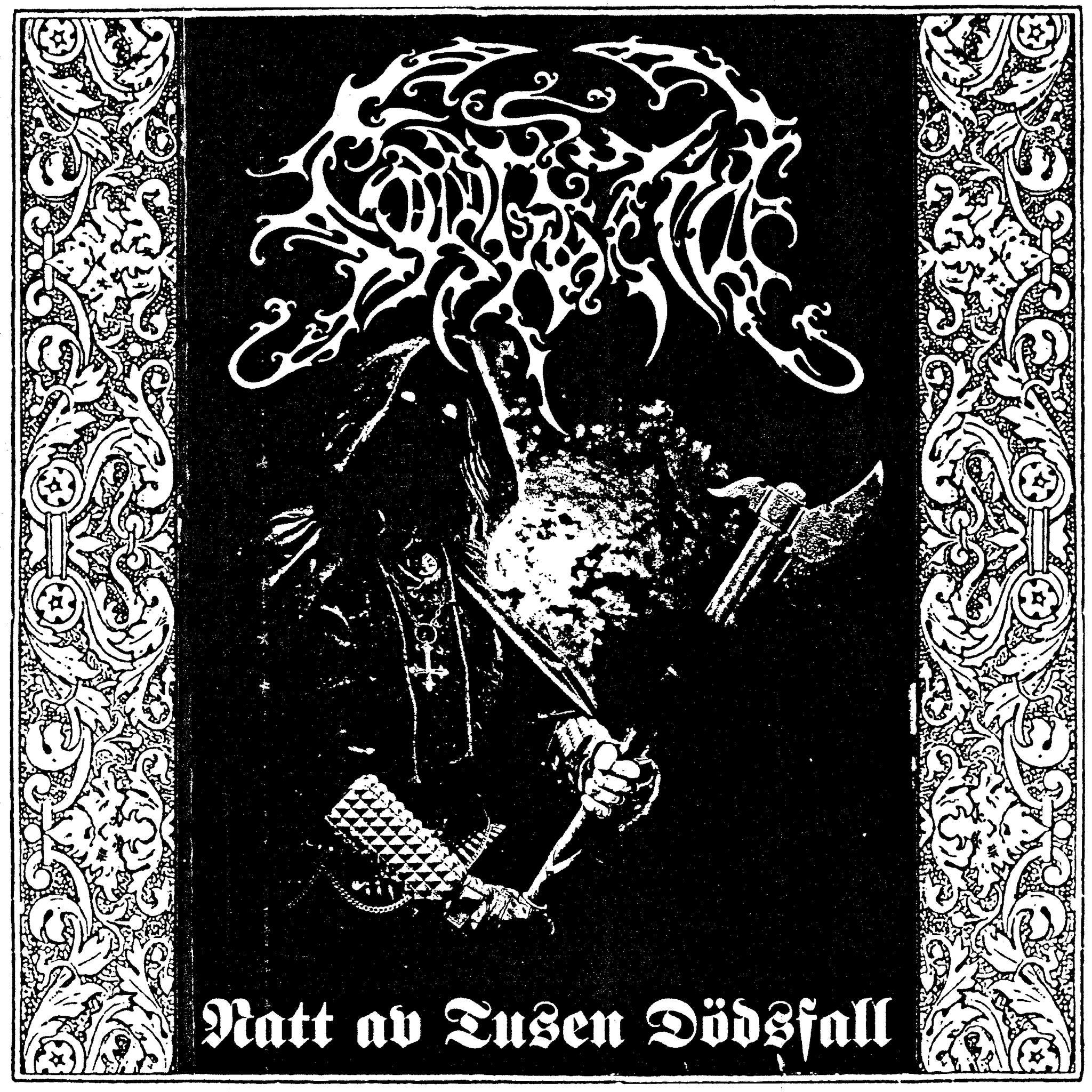 The translation of the Norwegian word Sorgetid to English means something like mourning period, while the title of their debut album ‘Natt av Tusen Dödsfall’ translates to ‘Night of a Thousand Deaths’. From the band name, album title and tracklist (and indeed, also the music) it would be easy to assume we are talking about a Norwegian band here. The joke is on Sorgetid, however, as instead we are dealing with a band that hails from Finland. Behind the moniker is no-one less than multi-instrumentalist and vocalist v-Khaoz, the mastermind behind bands such as Vargrav, Druadan Forest, Grieve, Olio Tähtien Takana and Embryonic Slumber.

When you delve through the pages of our website and read through the reviews of the other projects that v-Khaoz features in, a common denominator is atmospheric Black Metal with keyboard-laden melodies. Often these bands are more inspired by the Norwegian Black Metal scene than Finnish Black Metal. Now, I would gladly advise you to read those specific reviews to see there is quite some nuance between the projects and each band has a distinct sound of their own. And the same goes for Sorgetid. Out of all the bands that v-Khaoz features in, Sorgetid has the most barebone and stripped-down Black Metal sound. The keyboards are barely present and very far back into the mix, shifting the emphasis much more to mostly midpaced Norwegian Black Metal with a strong sense of melancholy. Restrained would be a good way to describe the melodies, and the production has a raw edge with a thick bass sound and leaves room for the atmosphere to take over and to let v-Khaoz’s icy screams shine. The result is traditional second wave Norwegian Black Metal in the style and sound you have come to expect from the better bands in the genre.

Probably the most melodic and epic-sounding song of the album is the mid-paced ‘Svarta Stormar Av Djurisk Vrede’, while my personal favorite track ‘Svärdstorm’ has a little bit more pace, catchy carrying melodies and a forward driving force to the song. Another favorite is ‘Skuggan av min Tron’ with a distinctive Norwegian sound and some excellent groove and melodies, whereas ‘Havet Djupare än Sorg’ is a good example of melancholic Black Metal that’s melodic and atmospheric but straight to the point. We also find some ambient and synthesizer-based tracks on the record. The interlude ‘Sorgens Tid’ fits nicely with the icy atmosphere with its rolling thunder and sorrowful keyboard melody. But admittedly, although the atmosphere is right on closing ambient track ‘Eskapism’, I personally would have preferred the five-minute track to be a bit more trimmed.

You could argue that a bombastic and keyboard-based sound has become a bit of a trademark for the music of v-Khaoz, but on ‘Natt av Tusen Dödsfall’ he proves to be capable to cast away that feature. Although not groundbreaking, this Sorgetid debut is a very strong homage to traditional Norwegian Black metal that will surely please fans of his other work and that of the Werewolf Records label. (VincentP)