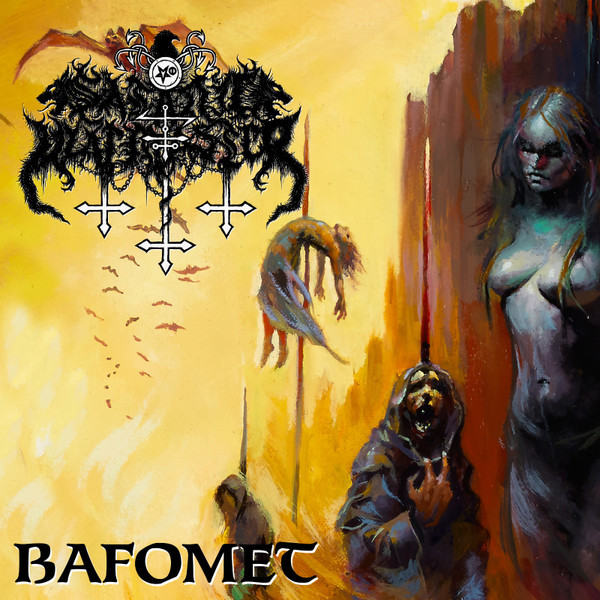 Since Satanic Warmaster’s formation, now almost a quarter of a century ago, the band has been one of the leading Black Metal acts from Finland. With each new album, Werwolf, for many years the only soul behind Satanic Warmaster, has constantly reinvented himself and with each album it is always waiting to see what he will come up with. The last album, ‘Fimbulwinter’ (Werewolf Records) dates from eight years ago and showed a more melodic Satanic Warmaster, in which the love for 90’s Norwegian Black Metal in the form of the early work of Dimmu Borgir and Satyricon shined through.

Over the past eight years Werwolf has not been idle, on the contrary, all sorts of non-album releases have come out under the Satanic Warmaster moniker, but he has also been killing time with various other bands and projects – some of which are definitely worth checking out, for example I was very content with the Satanist Terrorist demo and the latest albums from The True Werwolf and Vritrahn-Werwolf were also great efforts. However, it remained quiet on the Satanic Warmaster front regarding new material.

The wait was rewarded this spring with an old-fashioned CD-single in the form of ‘Bafomet’. This one should stir up some more enthusiasm, if that was still necessary, for the already announced album, which was titled ‘Aamongandr’. The title track is quite an extension of the already mentioned ‘Fimbulwinter’, the tempo is quite high and in the well written song there is enough room for melody. When a comparison should be drawn, then again classic Satyricon is the closest. Anyone who is eagerly waiting for a new ‘Carelian Satanist Madness’ or for crude rocking ‘Black Metal Kommando’-like tracks should have more patience and see whether that work will ever be continued. On the other hand, the other track, ‘Infernal Armageddon’, is certainly a notch rawer and does harken back much more to the old, classic Satanic Warmaster-sound, including the somewhat distorted vocals and gritty production. So, this CD-single also offers something for the lovers of old school Satanic Warmaster gets their desires satisfied. Last track is a different take on the ‘Bafomet’-track and serves as some sort of a bonus.

Although I had to listen to it several times, this teaser single certainly picks up well and does an excellent job of fulfilling its task as a preview to ‘Fimbulwinter’s long awaited follow-up. Judging from the title track of this single, it is already possible to paint a pretty good picture of what we can expect on ‘Aamongandr’. Although with Satanic Warmaster you can never be entirely sure. (FelixS)