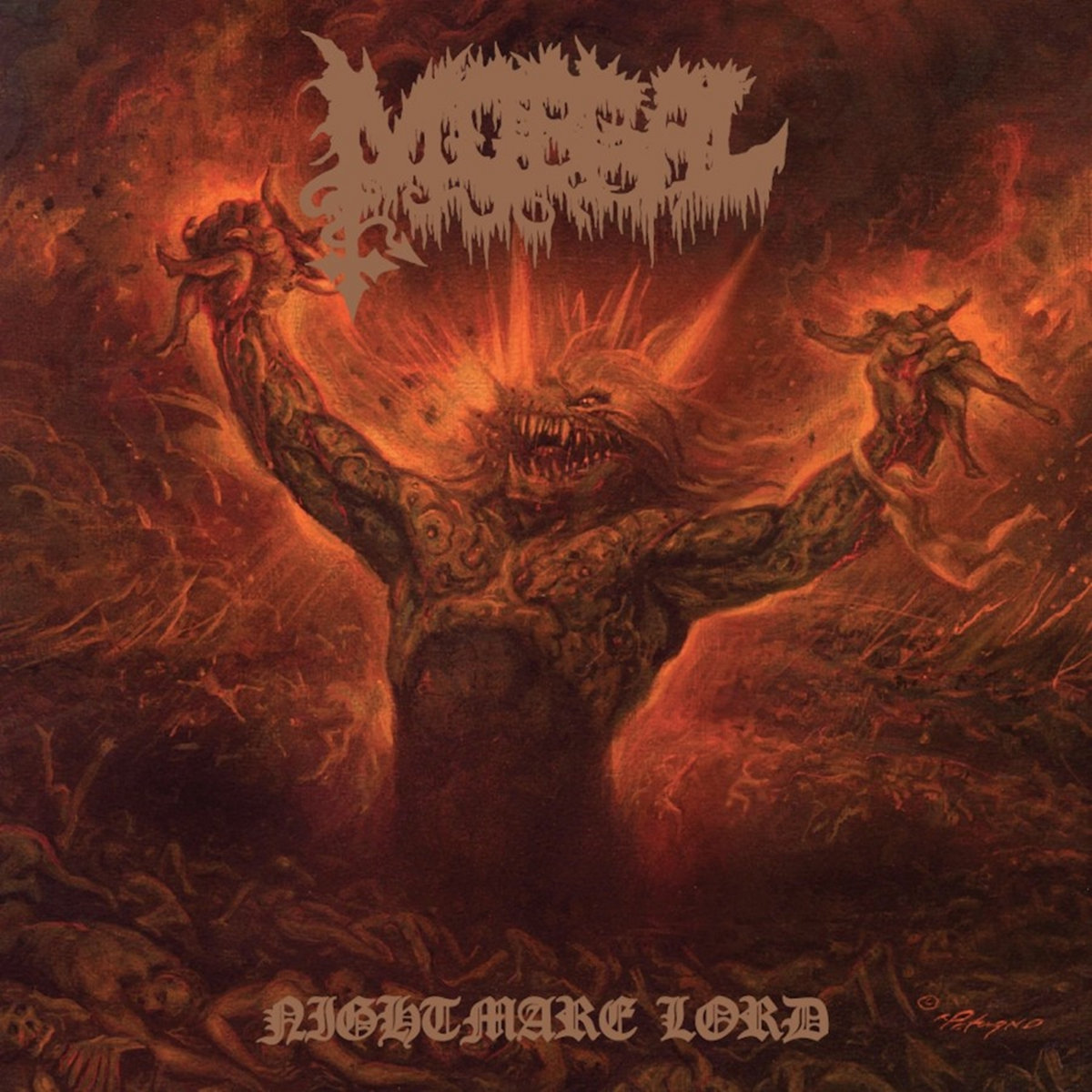 One of the interesting aspects of reviewing albums is diving into the musical history of a band, going back to the earliest material, and comparing how a band sound has developed. For Finland’s Morgal it’s abundantly clear that their Black Metal has always been deeply infused with 80’s Metal. Since their formation they’ve recorded a few EP’s, a split and a demo, and on their 2018 `Morgal’ EP songs from the earliest recordings have been reworked to match their more current style. When comparing the reworked tracks to their originals, the progression of the band is clear as they became more comfortable and adept at playing their brand of Heavy Metal infused Black Metal, increasing the pace and intensity as time went on. Basically, they retained their style but started playing at 45 rpm instead of 33 rpm. A promising development leading up to the release of their 2021 full length debut `Nightmare Lord’.

After a bombastic sample intro, opening track `Golden Son of Satan’ blasts out of the gates and makes it clear that the mix of fury and melody from the self-titled EP is retained on the debut album. The (snare) drums are snappy and often played at a high pace, the Heavy Metal melodies are played as shrill Black Metal licks, the bass sound is thick and the vocals intense. Morgal sounds somewhere like Impaled Nazarene on Nihil or Rapture meets typical late 90’s Swedish Black Metal such as Swordmaster and Mörk Gryning combined with a strong dose of Heavy, Speed and Thrash Metal played at double speed. Those are quite a few different influences, and consequently the songs are diverse, with rapid changes in drum tempo and a large collection of banging Heavy Metal riffs. All seven tracks range around four to five minutes, but they always feel fresh and distinct. The previously mentioned opening track is a great show of ferocity yet is super catchy at the same time. `Death Vortex’ is a more melodic track with banging Thrash Metal riffs and some excellent breaks, while `Gateways of Flesh & Blood’ is a bit more Heavy Metal oriented and has some great solos and blasting drums. Closing track `Mortifer’ is one of my personal favorites, showing a more epic side of the band that leans further back into the 80’s while still showing the viciousness of the band’s music.

There’s just so much to like on `Nightmare Lord’: it’s fast and furious, it’s catchy and melodic, it’s diverse and intense. It’s an unusual combination and not that commonly heard in the Black Metal scene, but it works very well. Above all, it’s a very strong debut from the guys in Morgal and will undoubtedly appeal to those that appreciate ferocious Black Metal with a healthy 80’s Heavy/Speed/Thrash Metal influence. (VincentP)