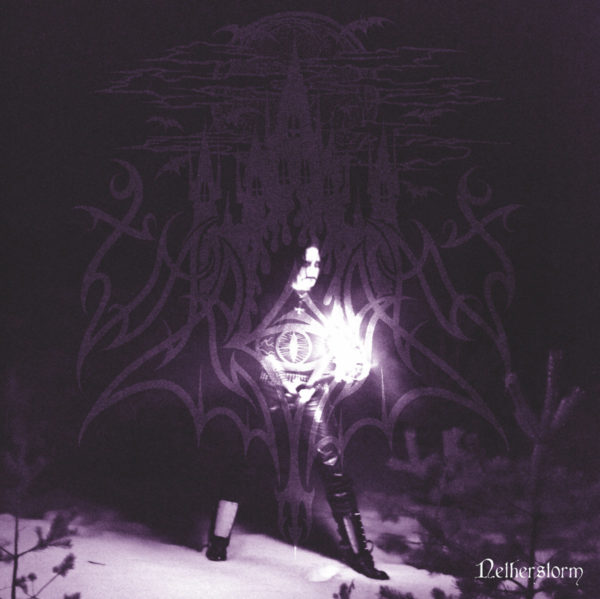 Obscure cover with a man wearing corpse paint, a barely readable logo and an album title which fits the output very well. “Netherstorm” is the debut album and first release of the symphonic black metal output called Vargrav from Finland. This album looks like a lost gem from the 90s golden age of Black metal and would have been a classic for sure. What about today’s standards? For a one-man band surely a lot! V-KhaoZ managed to do everything on this record (as far as I know) and did tremendously good. The album begins with some orchestral ambient interlude before a drumroll fills in and the icy guitars unleashes riffmastery to celebrate black metal the ancient way, with some orchestrations in between and during the songs, this album is meant to be the next classic in (symphonic) Black Metal. The drums are not constantly blasting and the riffs repeat themselves enough without drifting into boredom. Some great leadwork gives enough variation and reminds of giants like Emperor, Abigor and the likes. Keyboard wizardry is used to create more atmosphere and the vocals are a sort of Shagrathian/Dead mixture, not as charismatic as those but well-fitting the soundscapes of Vargrav. Nothing really new but very well executed. If it does stand the test of time this could be cult for sure. Only time will tell. Until then be prepared for the storms to come! (DPF)