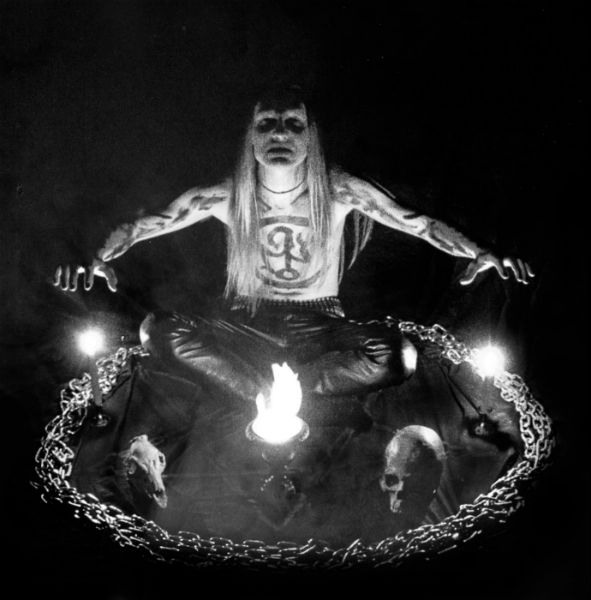 Kyprian’s Circle is the solo-project of an individual called Kyprian from Finland, who worked with session-members to accomplish his musical activities. In the 5 years of existence (1994-2000), Kyprian managed to release 3 demos, one split with Flauros, Fall of the Leafe, Withered Garden, Obsession and Arthame as well as this EP which was the swansong for Kyprian’s Circle released by Silverhorn Productions in 1999. Although being signed by Woodcut Records not long after, an official release never saw any light.

As said, this is the final release of Kyprian’s Cirlce as far I know and it is described as a lost and forgotten gem within the Finnish Black Metal scene. Aiming for a mystical atmosphere due the use of mid-tempo riffs as well as some dark keys, to create a combination of authentic 1990s Finnish Black Metal and nocturnal vibes.

Or as the label themselves describe it: “raw-yet-ethereal black metal brimming with both a moonlit mysticism and a woodland wonder”, which I can approve as fitting. Although I wouldn’t consider it an overlooked classic, “Noitatulen vartija” is a very good listen without any doubt. (Ricardo)