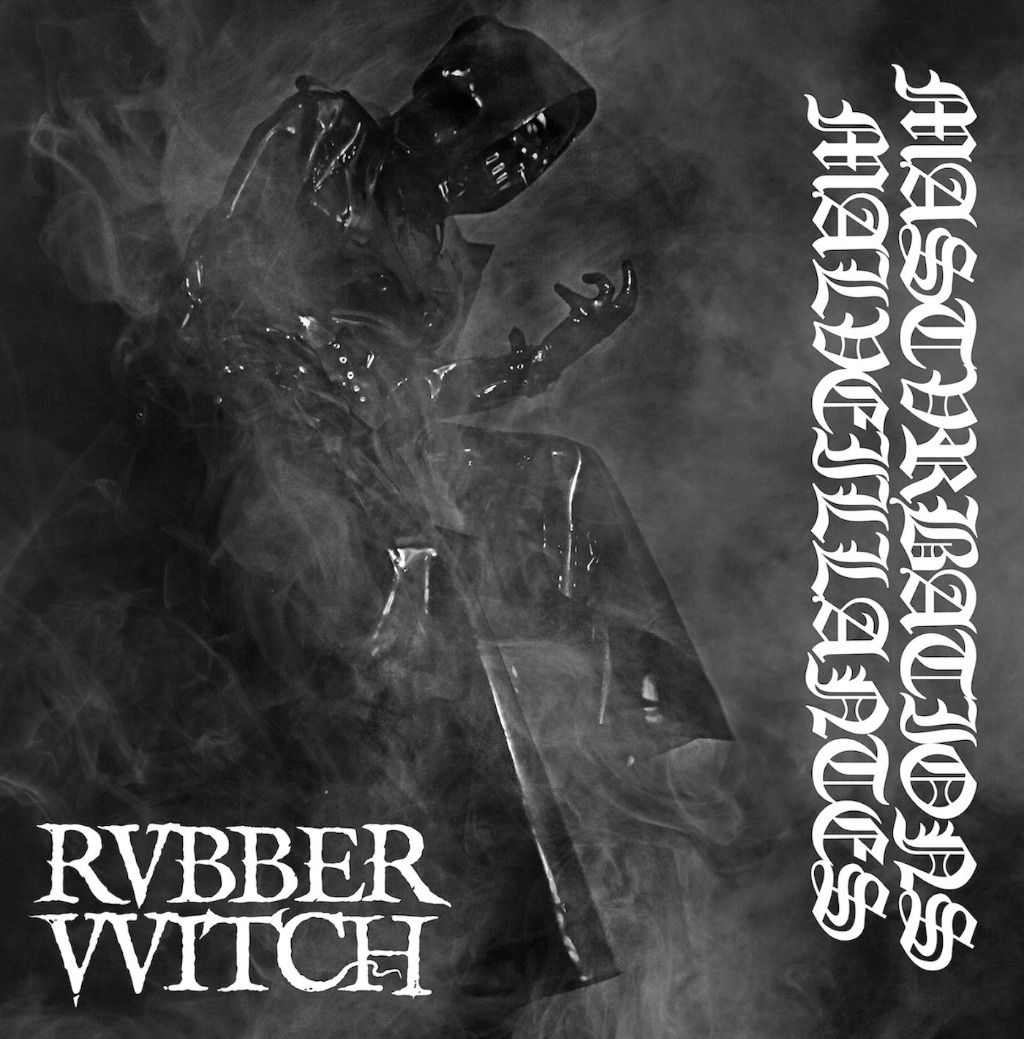 The act to transmute that which rents the mantle of consciousness to create a work of art so potent in its output is a feat in my opinion that is rather commendable, for you are no longer a slave to the cacophony of primal voices that plagues the soul, rather you call upon these energies, seducing its flow to your very whim, where the tongue is the quill to create as you speak such words where it’s vitriol becomes the very brick and mortar that encases such art.

‘Mastvrbations Malveillantes MMXVII’ by Rvbber VVitch  transforms the machinations of Industrial Black Metal into the instrument that bestows both searing pain yet within its lacineration….pleasure is discovered. In other other words, the very beauty that graces this album is its manner in constructing an atmosphere that feels constricting yet dense with its macabre and sensual tones.

The album lends a certain method to its chaos wherein the soundscape that is erected coalesce together in a frenetic manner, like a legion of souls that scrape at the edge yearning to be free from a mind festering with thoughts of self destruction. Tracks such as ‘Majesté divine’ and ‘Will to Banish’ showcases a sterile candor to the myriad of sounds expelled drenched in the wraith-like vocals, but not in a negative way, quite the opposite.The conjugation of these cold-like elements exudes a rather intimate feeling where the sound pulsates as the dissonance is discharged in a serpentine aura.In other words, the myriad of shapes that these sounds undergo wraps itself around the listener’s senses in a cocoon that at times feels almost animated…as though you can trace your fingers along the patterns created through its noise.

Rvbber VVitch has managed to create a leviathan forged in these tenebrous notes that evoke an apocalyptic atmosphere to its expulsion, a beast whose orphic motions take form to the calculated beats of the war drum which heralds the ignition of the industries of armageddon.