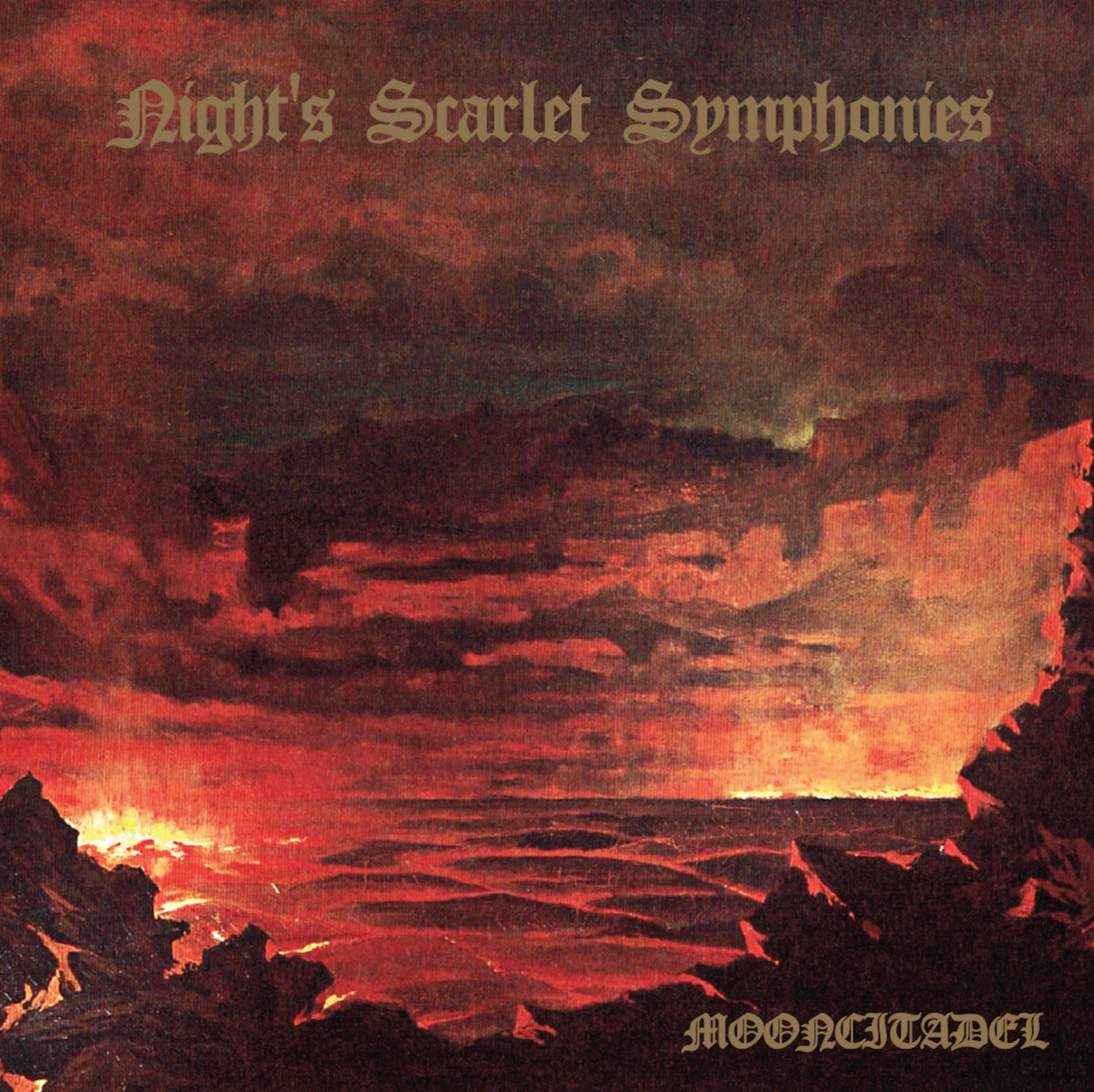 The origins of Mooncitadel date back to 2007, when multi-intrumentalist and vocalist Stormheist formed the band Empire of Tharaphita. After two demos and a split with Drowning the Light, Stormheit decided to change the name of the band to Mooncitadel in 2014. Soon after this change, the band was completed by the addition of drummer Forthcaller of Black Gnosis and the Ancient Hyperborean Spirit and the duo has been producing music consistently ever since. The band first recorded the demo ‘As Nightwind Embraced and the Shadows Caressed’, which was followed by a two-track EP. The songs of the EP and demo were together released under the title ‘Moon Calls to Wander… …the Winter’s Majesty’ by Darker Than Black Records. Despite quite the number of recordings, the band had yet to release a full-length album. That changed in 2020, with the release of ‘Night’s Scarlet Symphonies’. And the result is worth the wait.

The sound of Mooncitadel hasn’t changed an awful lot, and consequently, the debut album sounds very much in line with the preceding demo and EP. The music is laden with melody and symphony and is epic, catchy and at times folky. But as Finnish Black Metal bands have proven time and time again, this does not mean it’s soft and cheesy. On the contrary. Despite Heavy Metal influences that become obvious as soon as opening track ‘Nightwind Was the Passage Between the Worlds’ starts, the music on ‘Night’s Scarlet Symphonies’ is Black Metal through and through. The guitar sound is still quite raw, the band often accelerates to blistering pace, but above all, the total sound is mesmerising and highly atmospheric. At times more folky riffs and tunes surface, such as in the excellent second track ‘I Am the Voivode of Timeless Empires’. The nice thick sound of the bass guitar deserves a special mention, and as a whole the production is strong, allowing to combine so many elements yet retaining both a raw and symphonic Black Metal sound. Personal favourites include the powerful ‘Ablaze My Heart with Falling Star’ which has a fantastic rapid break midway through the track, as well as the epic ‘Whispering Cry of Magick Undying‘, a truly grandiose and immersive track. With regards to the previous work, ‘Night’s Scarlet Symphonies’ is most of all a success story in terms of consistency. While the older work maybe sounded a tad rawer and less refined, the material on the debut is altogether better composed and manages to captivate for the entire listening duration.