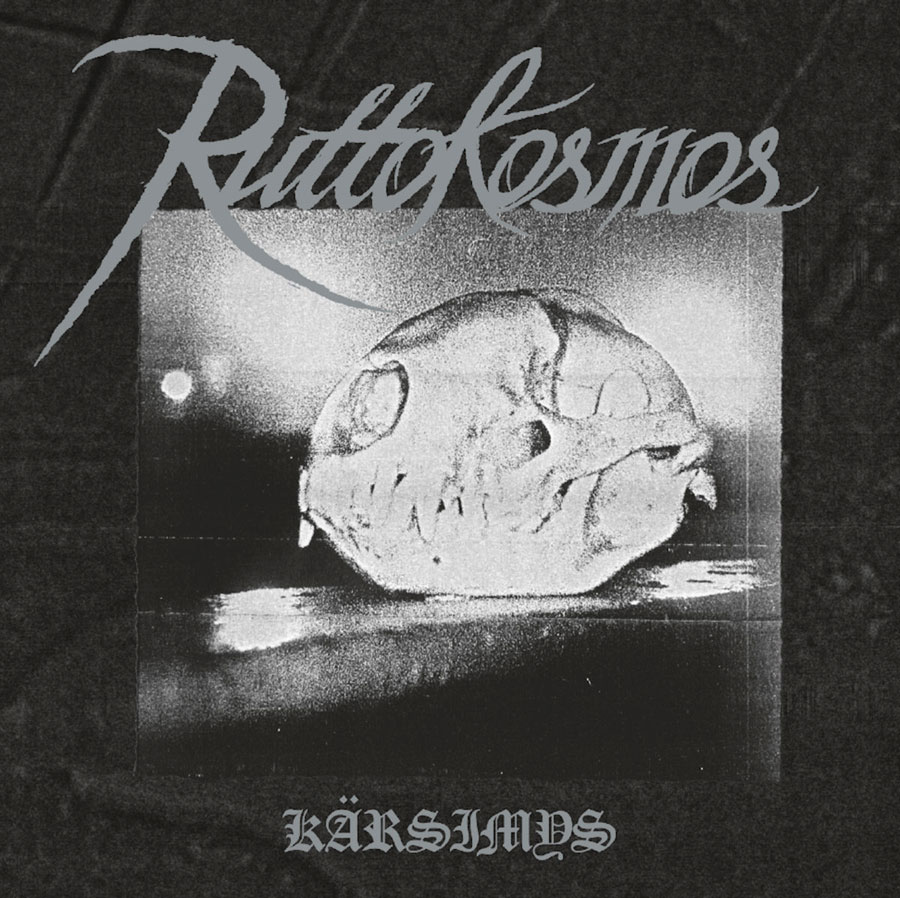 Finnish Black Metal bands, more often than not, tend to have miraculous sort of stories to tell. Sometimes they were very short lived but with a remarkably big influence on the bands that came afterwards, like Archgoat or Beherit, others keep on releasing stuff at a relentless pace without much credit (Azaghal) and some of them lay dormant for a multitude of the time they were actually active. Recently we were surprised by the sudden return (and folding) of the illustrious Helwetti, a thorough review on that album can be found elsewhere on the VM-Underground pages, but another such band that plays opossum is Ruttokosmos.

The actual status of the band is somewhat unclear, but they were never officially disbanded, but one thing that is for certain, is that the band did not release anything after their 2006 and 2007 demos (‘Ja Minä Näin Kuoleman’ and ‘Kärsimys’ respectively). The trio behind the band have also never been really active in other bands (other than Orm, who was in the short-lived Divina Inferis). You would almost think that these guys disappeared, vanished in thin air, so to speak. But, I guess Lauri Penttilä (Werwolf) was able to track down, or, more likely, always kept in touch, with the Ruttokosmos guys, as he compiled both demos for a release through his Werewolf Records label.

Musically, Ruttokosmos offers some of the bleakest and most stripped-down Black Metal of the entire Finnish scene, clearly drawing influence from classic Norwegian Black Metal of the early 90’s as well as the rawest Satanic Warmaster recordings. The comparison with Burzum is inevitable as well as a bit of ‘Under A Funeral Moon’-era Darkthrone, but they are adding a much bleaker and mournful touch to it. When listening to these tracks it is important to keep its zeitgeist in mind. Its dragging pace, acoustic passages and tortuous vocals fit well to the Black Metal scene of the mid 00’s, it was when bands like Leviathan, Forgotten Tomb, Xasthur and even Nargaroth (with its ‘Geliebte Des Regens’ album) were shaping what would later be labelled as Depressive Black Metal.

It is to that musical background that we should project these tracks, but even in todays Black Metal scene they really kept their strength. The rawness, repetitiveness and melodicism of the songs and its overall production has this very persuasive ambience, that fits very well to much of the minimalism of contemporary Black Metal.

This compilation has so far only been released on CD, but with the quickly sold out Helwetti album in mind, I tend to think that a vinyl issue of these great Ruttokosmos demos is to be considered. At least one thing is for certain, there is a growing interest in the most obscure Finnish Black Metal bands out there.