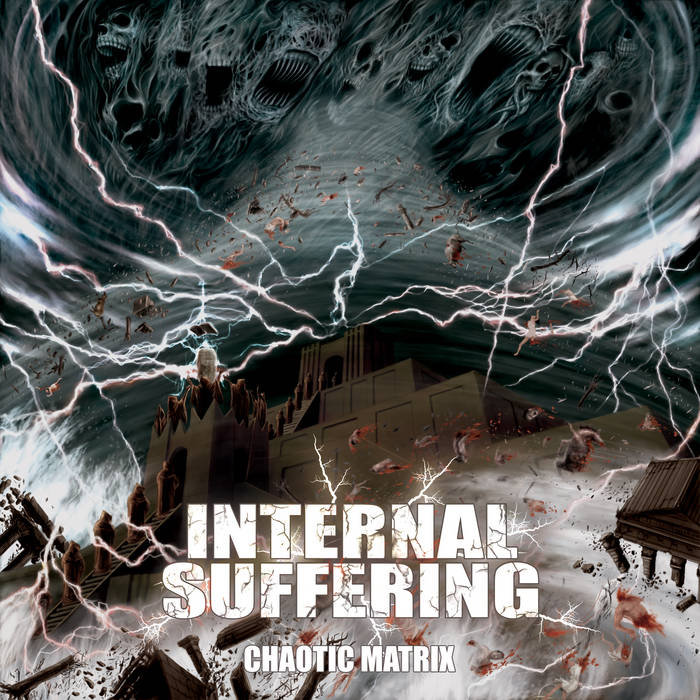 Now it’s time for a band I had the pleasure to see live and their performance is brutal all the way. Colombian Internal Suffering are a very long running tech brutal Death Metal act which is quite known worldwide for their mix of ultra blast driven tunes and modern tech Death chaoticism, like Origin, Hate Eternal  and Brodequin to name a few. Satanath Records were very kind to re-release  some albums and here we go with “Chaotic Matrix”.

Originally released in 2002, fans of Hate Eternal, Internecine and Disgorge would surely come across this band somehow and “Chaotic Matrix”, their 2nd album was already a brutal slasher, thanks to great technical variation, brutal fast drumming all the way and the killer slams thrown in. The can also slow down, one of my favourite tracks on here “Colossal Vortex” shows a brutal breakdown, similar like Morbid Angel did on “ Formulas.. ”.

This record is definitely not made for easy listening. Often it’s just pure hysteria and cerebral confusion because of its speed and chaotic nature. Cryptopsy, Origin or Disgorge are probably the closest that come to mind while listening to Chaotic Matrix. The vocals are pure guttural brutality and works with the songs, although sometimes it can become one-dimensional. There are tons of excellent riffs, like in “Cosmic Ancient Mountain (Upcoming Chaos I-The Tree of Knowledge)”, full of old school Brutal Death riffs, sometimes really catchy and heavy as falling trees.

“Destroyer Entity” is another of those tracks that just stuck in my head. There is so much going on on this record but there are enough spots for memorable parts like in this song, those heavy slamming moments, just sick! “The Antiquary Horror” follows that path with alternating blasts and slams, including a killer Suffocation like solo.

This reissue features 4 bonus tracks, from splits to live recordings and is 45minutes of insanity, sometimes it feels like being in the ring just defending the entire fight long from punches coming from everywhere. Albums like these are not for everyone and every time but when, then it makes smile all the way through and “Chaotic Matrix” still does this to me. One of the better releases from that era and a legit re-release. (DPF)