From the Vastland – The Haft Khan 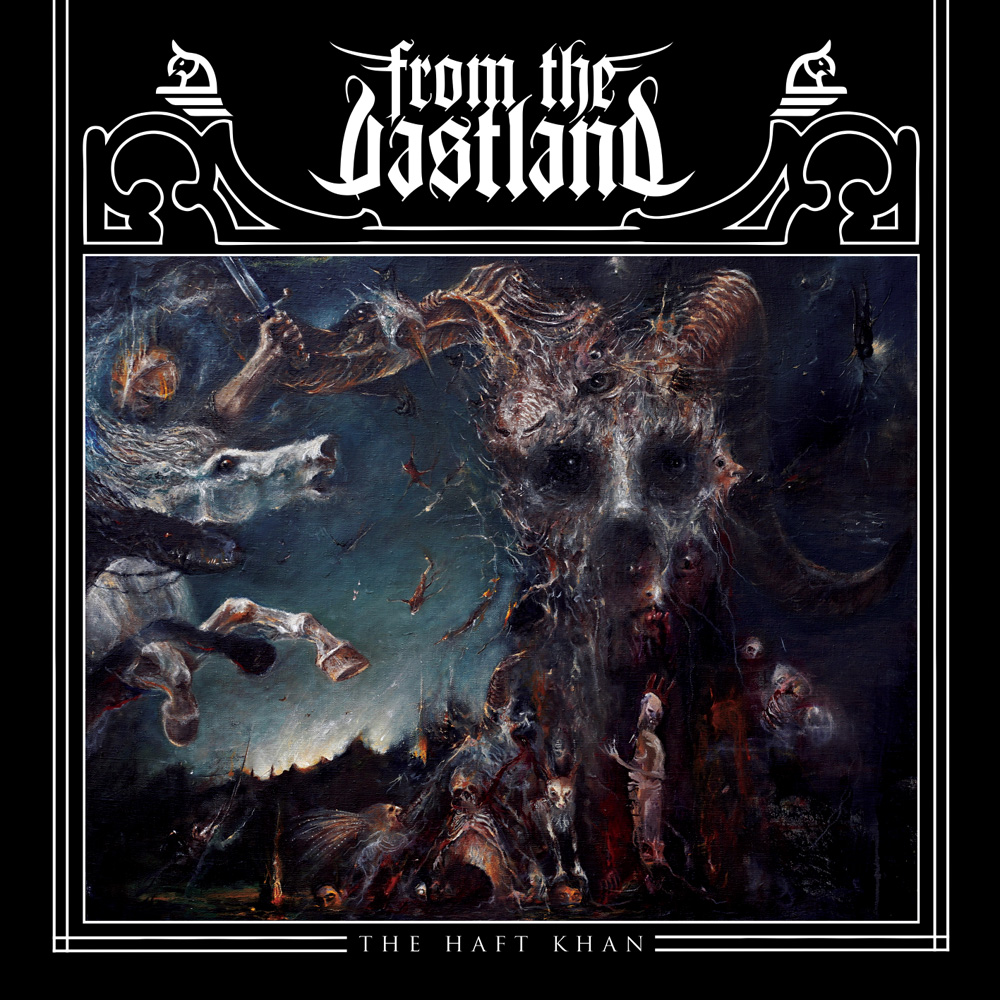 From the Vastland was originally a one man project from Iran but has since relocated to the heart of Black Metal, Norway. Back in 2020, Sina, the man behind the band released his sixth studio release. Put out on CD by Satanath Records, ‘The Haft Khan’ comes with a superb piece of artwork. From the Vastland always come prepared with amazing visual aesthetics!

From the moment that opener ‘Khan e Aval’ hits in the album takes on ferocious atmosphere, created through the use of blistering drumming and vociferous guitar leads. Croaked demonic vocals sound out menacingly and the music ebbs and flows between all out attack and slower interludes of prominent bass play and melodic orchestral bombast! Of particular note is the excellent production on this album, with the drums in particular giving off an echoing cavernous sound. The song writing too is worth a mention as each track pulls you into the music in a thoroughly absorbing way, using outright brutality tempered with wandering melodic guitar leads and intense beats.

The bands previous works tread through the realms of folklore descendant from ancient Persia and Mesopotamia, and this album is no different, as it’s based on one of the stories from the  “Shahnameh” (The Book of Kings – One of the world’s longest epic poems) which was written between c. 977 and 1010 CE. With subject matter of this calibre the musical accompaniment has to be of the highest order, something that From the Vastland know only too well and so produce a stunning albums worth of music.

I’m particularly impressed by both the extended periods of punishing hostility from the ravenous riffs and pummelling drum work, and then again by the moments of clarity where you can reflect and take in the aura and atmosphere of the album. A truly superb listening experience. (Luke Hayhurst)