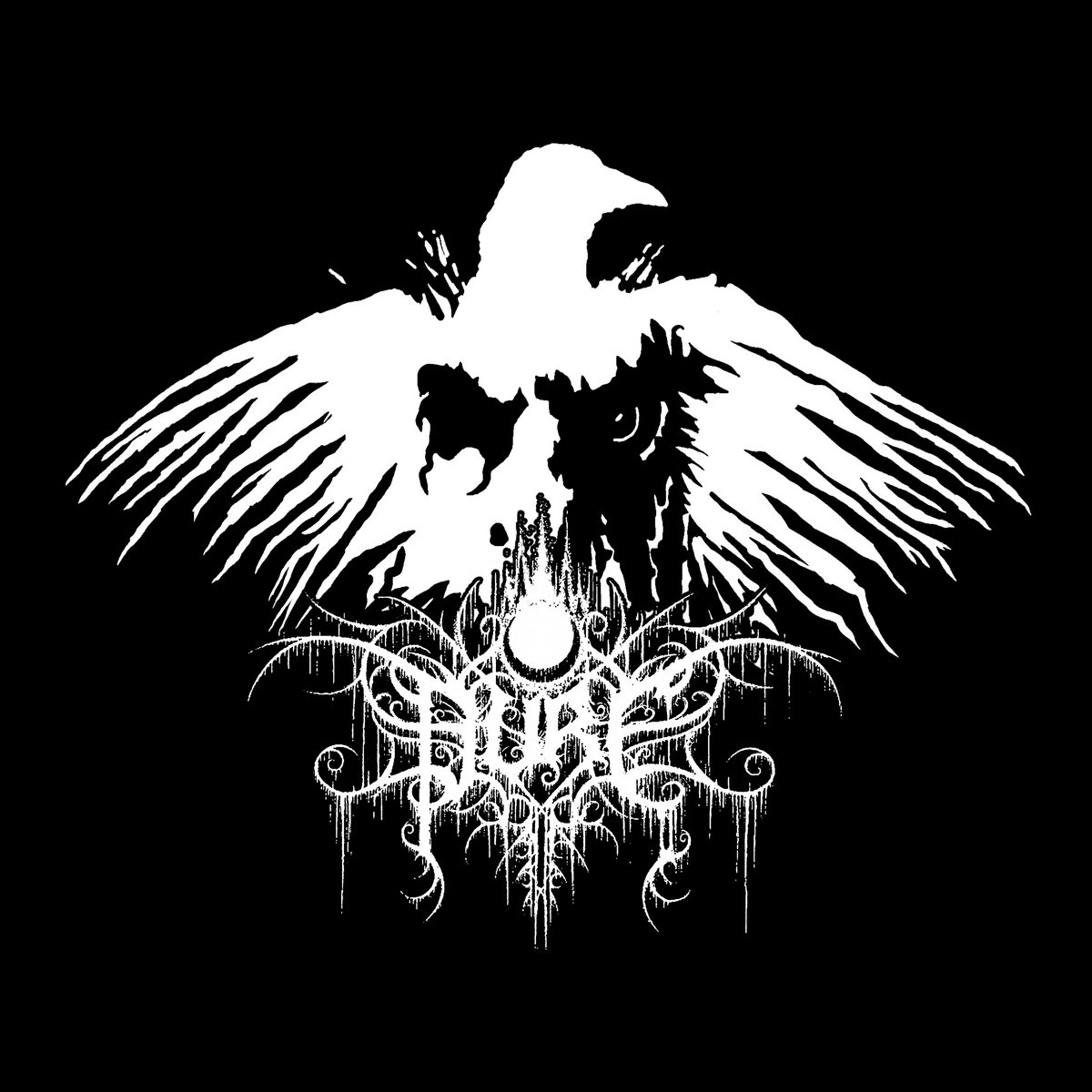 Despite a fairly lengthy history that started in 2013 and brought forth four full-length albums, the Swiss one-man band Pure mostly spent the early years of its existence under the radar. That changed with the 2018 release of a split release with Finnish Black Metal legends Horna on W.T.C. Productions. On this, Pure main man Bornyhake proved to be a competent musician and songwriter, to such an extent that I probably even favored the Pure side of the split over the Horna side. Expecting a great future for the band, it’s a bit baffling to me how I completely missed the release of the band’s fifth album ‘Seeds of Despair’.

On the four songs featured on the split, the band presented their Black Metal brand that is plenty raw but leaves room for atmosphere. The slower tracks were more brooding, more trance-inducing and repetitive. The faster tracks had a lot of similarities with Horna’s Black Metal, fast with catchy riffs. And those two faces of the band have also been taken forward to the latest album.

Opener ‘Into Darkness’ has this typical Finnish sound mixed with Burzum-esque repetition and vocals. The melody is a little bit more in the front than the typical Horna track but doesn’t detract from the fierceness of the song. On ‘Speak of Silence’ the band strikes a more midtempo and eerie tone, approaching depressive Black Metal territories. The haunting effect on Bornyhake’s vocals remind me of Leviathan’s Wrest, and Pure approaches the same style and atmosphere of that American band as well. The same song has some disorienting atonal riffs that border on off-tone notes, altogether creating an unsettling atmosphere. The atmosphere in the following, also mostly midpaced, track ‘Expressionless Eyes, Shattered Bones’ contrasts a bit with the rest of the album, having an almost positive and dreamy Alcest-like touch to it. The song features a few more changes of pace than its predecessor, which felt like a necessary addition to contrast the built-up tension through midpaced sections. A full release of tension doesn’t come yet with the subsequent ‘Somewhere in the Night, Loneliness Dwells’ however, although aforementioned dynamics in tempo are even more pronounced and the atmosphere is much more sinister than the previous track. It also greatly builds towards the apotheosis of ‘The Boundary between Light and Shadow’, a song that once again is more reminiscent of the likes of Sargeist and Horna, full of ice-cold melancholic catchiness. The album closes off with the title track, which shows a more epic, almost Pagan side of the band, once again showing Bornyhake’s talent to write varied songs.

It took me a while to fully appreciate ‘Seeds of Despair’. At first, I still was led by this feeling of nostalgia, remembering their amazing contribution to the Horna split. But over time, I started appreciating the latest full-length more and more, and realize it’s a great combination of Black Metal, all raw, atmospheric, and varied while staying extremely cohesive. It’s also a bit different to digest a side of a split as opposed to a full album, but in the end I do think ‘Seeds of Despair’ presents the best Pure material to date. The album was released by Satanath Records and Obscure Abhorrence Productions on CD and by Onism Records on cassette. I wouldn’t at all mind a vinyl release of this as well, it feels as if the band deserves more praise and exposure than that it’s currently getting.