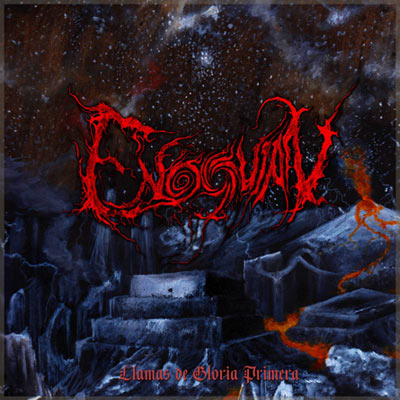 Argentina has not gained a huge reputation in extreme metal the last decades. Sometimes something interesting comes out of nothing and takes the form of a band like Enoquian and playing some South American Black Metal. Mystifier, Sarcofago and Shub Niggurath, only to name a few. Spanish lyrics, raw production, thin guitar sound, reverb on the vocals, it sounds like a lost gem from the old days. I really like the dark cold atmosphere, something that was perfectly captured on the cover by Nox Fragor Art. Some Scandinavian melodies paired with thrashy elements with a slight amount of technicality towards Death, without sounding progressive or alien to the sound they are looking for,  are found on a few occasions. The amount of northern Black Metal increases with the length of the album and makes it an interesting debut album. Obscurus without the symphonic elements might be an influence as well, as well as a band like Morbid Angel in some slower sections with their octavated chords or Dissection in the most melodic parts of the album. Some chaotic parts even remind me of some old Massacra from France. Chunk New York styled riffing in combination with the demonic voice are some top notch parts and something I haven`t heard that much. Enoquian are able to change face during one song and that`s a very difficult thing they manage with ease without sounding patchwork like. Great debut. Check it out. (DPF)