Indesiderium – Of Twilight and Evenfall… 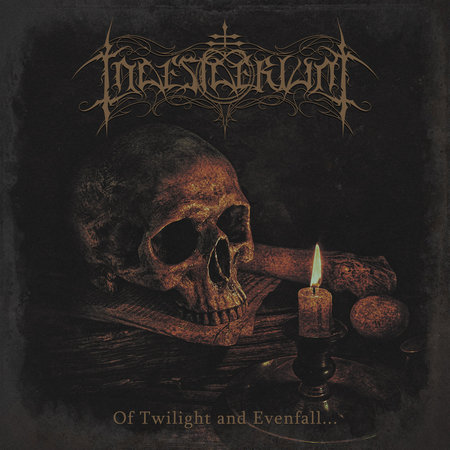 Indesiderium from the USA is here with their second album called “Of Twilight and Evenfall…” after their debut “Wanderer of the Abyssal Plains” and the split with Gravespawn (both members of Indesiderium were also members of Gravespawn), both released in 2015.

With “Of Twilight and Evenfall…” they wander even further on the path of Nordic mid 1990s Black Metal, only taking a left turn to the more melodic side of the genre than on the previous album “Wanderer of the Abyssal Plains”. With an blend of the Black Metal rooster of No Fashion (early Dark Funeral, Mörk Gryning and Lord Belial) along with the simple yet effective use of the keyboard, Indesiderium have all the ingredients to create something interesting. And they did…most of the time. There are songs that have a certain part of which I think…they could have made another choice, like during the second part of “Upon the Shores of Acheron”, where it sounds like they “pasted” a high lead passage within the song. Still, these are just minor remarks from my side because the songs as a whole are certainly decent. At the end you will hear a cover version of Dawn’s mighty “The Knell and the World” of their “Slaughtersun (Crown of the Triarchy)”, which sums up the influences for this album.

Although I’m not fond how the double bass sounds during some tracks, it almost sounds like a drum computer although the info informs me the drums seems to be a human-job, I have to say this is a pleasant album but I think they haven’t shown their full potential when it comes to song writing yet. Hopefully this will expose more with their next one, I’m definitely curious about it. (Ricardo)