Order of the Ebon Hand – VII: The Chariot 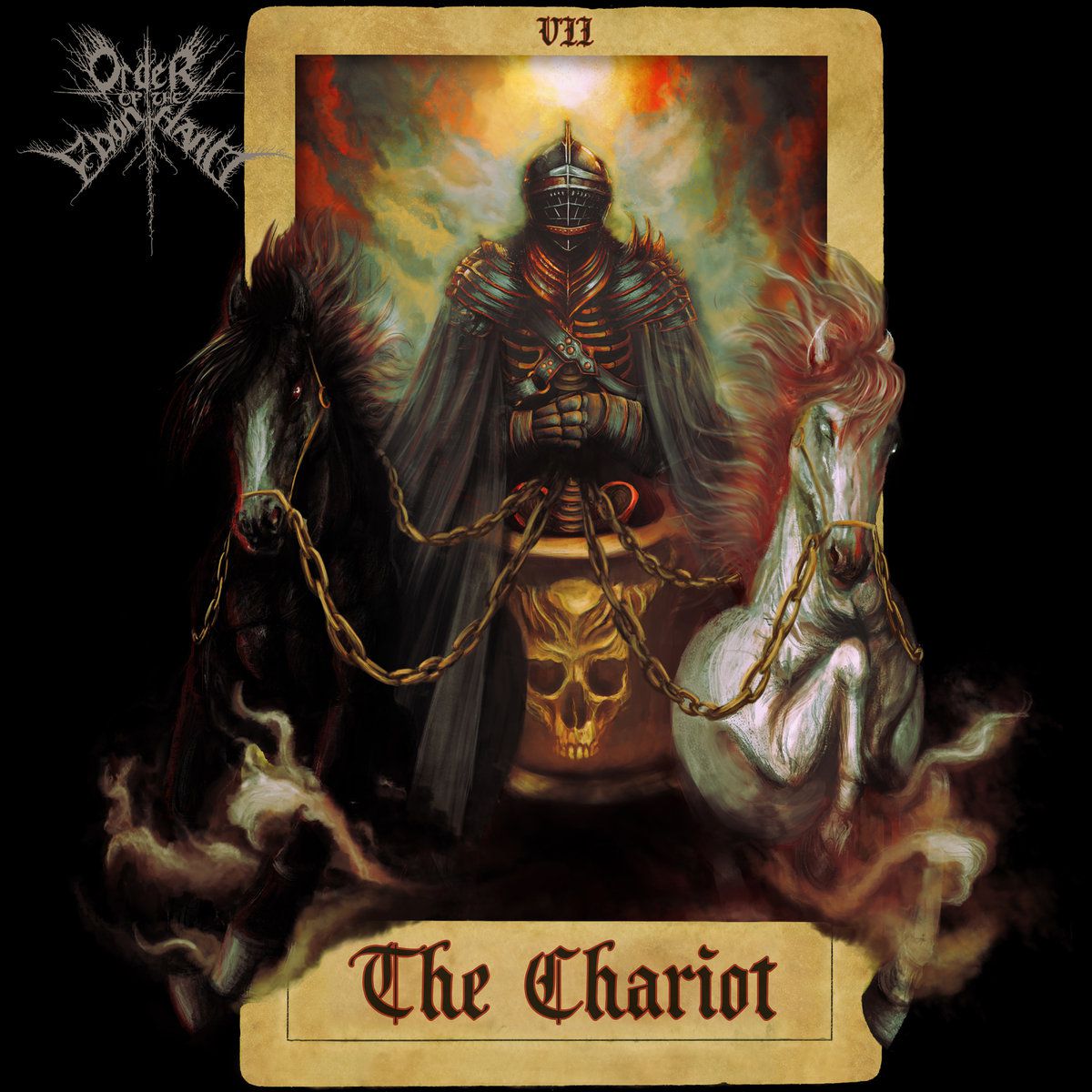 Order of the Ebon Hand are a Greek band. Personally, I know them from their debut album, “The Mystic Path to the Netherworld” 1997 on Hypervorea Records. It wasn’t a bad debut – it had its moments and its dead moments, but was not really ground-breaking as well. I missed out on their second album on Season Of Mist, so this third album is a new form of acquaintance.

Merkaal is still handling the vocals and the bass. The debut album drew mystic & occult influences from fellow musicians like Septic Flesh, that I do remember. This new album doesn’t represent a totally new sound, but does sound rejuvenated. Both the sound and the production are of a substantial high quality, delivering a powerful, yet detailed vibrant sound where each instrument can be heard perfectly.

The first track surprised me nicely due to the use of what seemed a 1970-ies Hammond organ – pulsating keyboard shards into that song. Basically, Order Of The Ebon Hand do not sound as your typical Greek arcane and deeply mystical old school Varathron / Rotting Christ / Necromantia band. They seem to draw their influences more from the Scandinavian scene. Guitars have the usual tremolo techniques but they do vary in sound and texture : in accordance with the song in question – they vary from the typical trademark cold riffs, to more melodic frenzied scrubbing over the strings. Scandinavian Black Metal, atmospheric guitars, acoustic and folkloric parts, distant choirs. Even a brief depressive hint passes by. What does strike me is how the guitars tend to mount to an accumulation of atmosphere and epic greatness in almost every single track. Drums sound nicely powerful and distinct with a panoramic sound, furious blast beats, hammering fills and rolls. A solid basis on which all tracks are performed at a high pace. The vocals of Merkaal have also improved. From the raw un-dimensional creepy raw screaming, to a more profound and varied emotional vocal style, which matches perfectly the unbridled energy and diversity of this new album.

Of course, since 1997, recording facilities have improved intensely. Still: no modern digital techniques nor wizardry can disguise a mediocre song. The songs on this new album are presented with a refreshing flair of professionalism and numerous moments of grandeur.

I can’t find any weak song on “VII: The Chariot”. The constant punching of the drums, the intense mounting and cascading walls of machine gunning guitars an audible bass and very dedicated vocals make this album a strong contender in the field of ‘modern’ melodic, yet harsh and eerie volatile Black metal music.

Fans of energetic, well-constructed and lyric wise deep Black Metal with perfectly executed melodies but also menacing riffing, hooks, details that stick in your head and are capable of giving you a serious adrenalin boost, need not to hesitate for a moment.

This is one of thé better releases in the genre and quite original as well. And by no means mediocre, uninspired or just a carbon copy of other styles. I have spoken. Damnit!! (LCF)

Order of the Ebon Hand