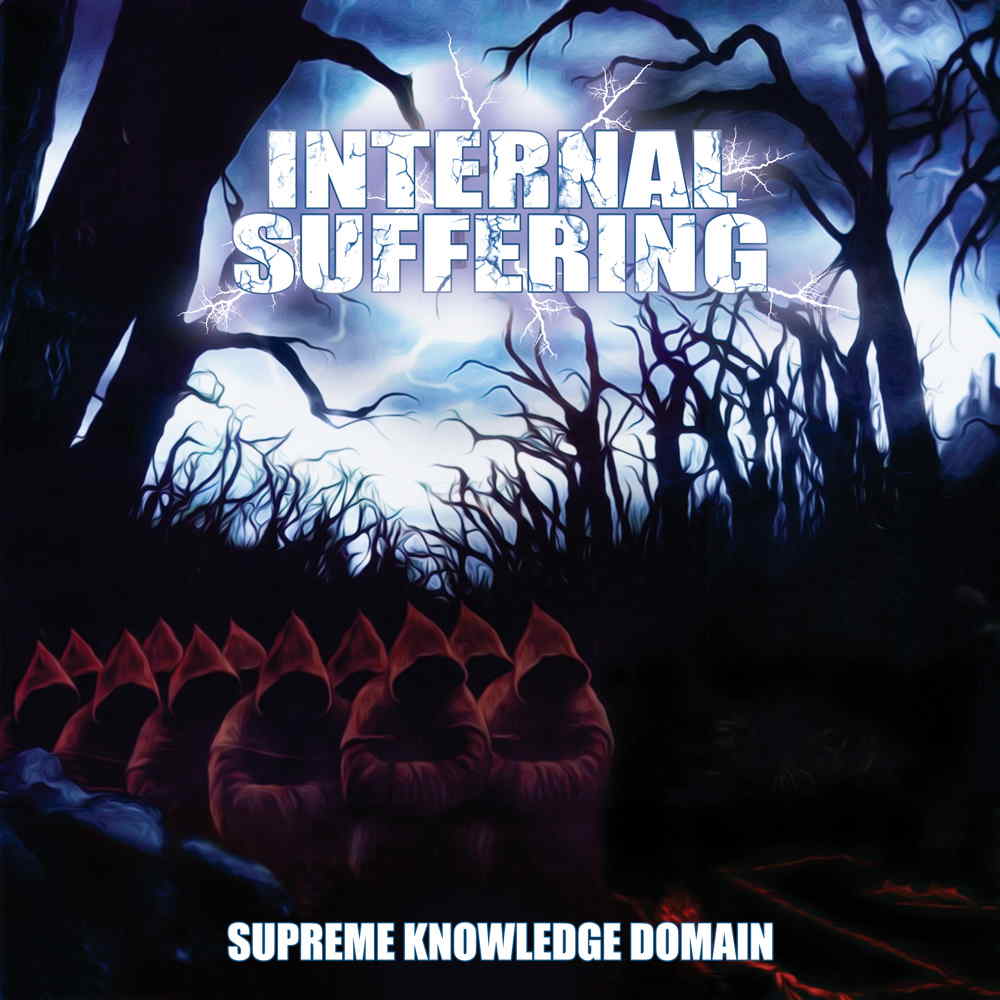 Another reissue from Satanath Records, once again from the Colombians Internal Suffering, this time their debut album from 1999 “Supreme Knowledge Domain”. The 10 tracks have been remastered and 4 tracks from the 2000 promo were added to the release.

These guys are dead serious about their stuff. The debut already shows their high potential. “Mighty Triumphant Return” sounds like a forgotten track from Suffocation’s “Effigy of the Forgotten”. Great reference right? The record continues pretty much that way, showing technicality, good song writing (they know when they have to slow down a bit).

Besides sounding similar to Suffocation, they incorporate odd time signatures and thanks to this, also add an own sick and twisted taste for the gory fans. The slams are mammoth balls like and placed at the right point. (Valley of the Impaled).

“Evil Sorcerers” has a damn great groove, alternating with fast hammerblasts here and there, still sounding slamming all the way, the brutal way!

“Supreme Knowledge Domain” slays! Top notch Brutal Death, an evolved “Effigy of the Forgotten” If you wish and another hidden gem of a band that is going to sound different on each record, making things interesting, but remaining true to the core.

Brutal Death Maniacs should check this out, could be the thing you missed. (DPF)