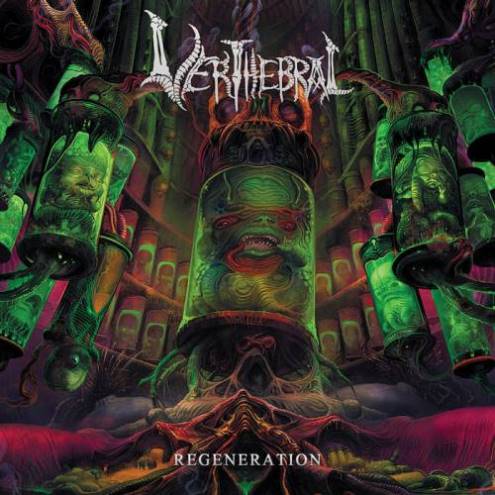 Who said Extreme Metal wasn’t played all around the globe? Yes, you flat-earth morons…all around the globe. Verthebral from Paraguay first released an EP called “Adultery of Soul” in 2015, which means “Regeneration” is their debut full length. What you get is early 1990s Death Metal the US way, or European bands who didn’t really play the European way. So you get old Sinister, old Monstrosity and a bit of Morbid Angel (some of the solos) and hints of Brutality. So they are quite Florida-region of the US influenced like. Not a bad album at all, but nothing spectacular either. (Ricardo)