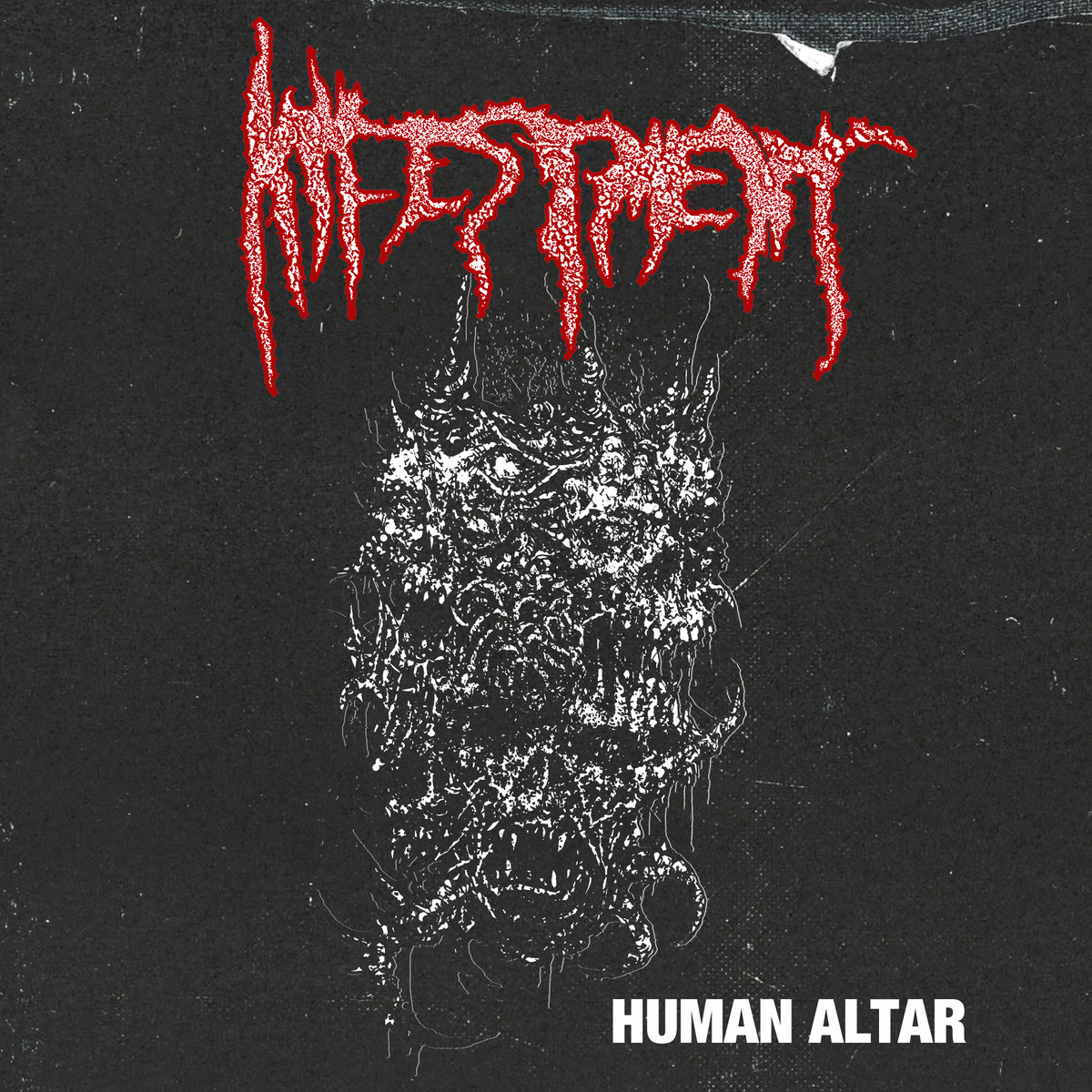 What to think of Infestment? On “Human Altar”, a two men outfit existing out of Justin Stubbs and Conjureth’s Wayne Sarantopoulos. According to Metal Archives, currently a one man band (Justin Stubbs).

Now this is a though one to review and a hard nut to crack. Normally I easily dig through poor sounding productions to find the quality of the songs residing beneath it, but this is bad, really bad.

When the intro fades out and “Liquid Coffins” kicks in, Cannibal Corpse’s “Butchered at Birth” era, lights up in big fluorescent capitals. So far, no good, …when mister Stubbs starts growling, the snare drum disappears into thin air so you only get to hear the bass drums and the hi-hat, this strange effect fucks up the sound totally, and I can’t seem to get my head around it. The overall sound is flat with little nuance making one song sounding like the next and vice versa.

Second one “Cemetery delusions” has got a big “Hammer Smashed Face” ring to it which makes the song  easier to digest, but no improvement sound wise. But hey, let’s give these guys the benefit of the doubt, searching Bandcamp, I find another demo, called “Maggots in your Brain”, unfortunately the production isn’t any better. I really would like to hear these songs produced in hardened iron, injected with a double dose of testosterone and boosted by the semen of a thousand horny rhinoceroses. I’ll bet you for a thousand Trappists  these tracks will leave a more positive impression. Cause you can wake my little butt anytime for a bloody piece of early Cannibal Corpse,…and some beer too. (Franki_boj)