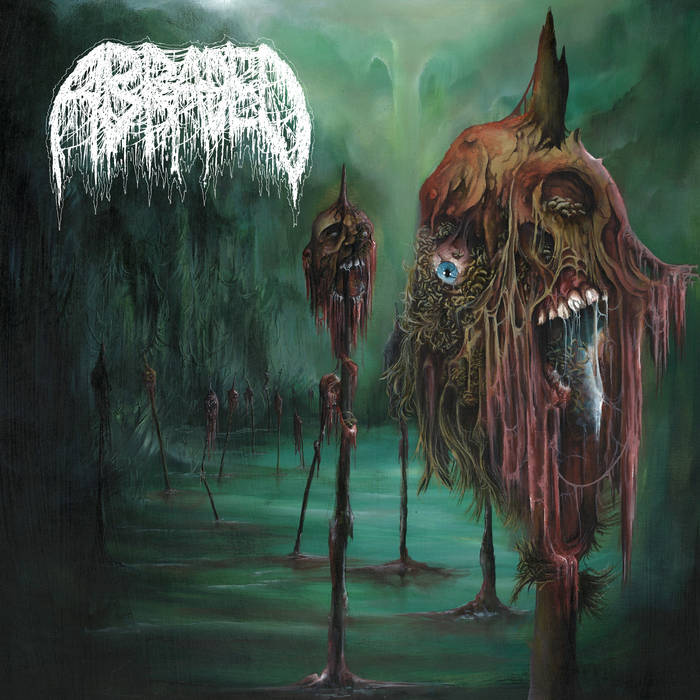 Although this album was released by the very end of last year (on both cassette tape and CD by Maggot Stomp), it seems to be getting some new attention because of its new digital release. Two things about this release attracted me: firstly it features drummer Patric Pariano of Hemdale, hands down one of the best Grindcore bands ever, and secondly: you just have to love that label name, Aggressively Uninterested, it could almost be my life motto.

Musically Abraded brings a tasty blend of Death Metal and Grindcore, with Pariano’s recognizable rhythmic frenzy as the most ear-catching. His rather creative manner of rocking his way through the tracks is just refreshing, never getting in overly fast blastfests or showboating over technical skills, just great down to earth piercing Grindcore violence. But, that’s not all that Abraded is offering, the guitars are basically all about Old School Death Metal and the same can be said about the vocals, yet they do have some sort of juiciness on it that you would also encounter on the better Razorback-traditioned Death/Grindcore bands from about 15 or so years ago. All tracks are short, sharp shocks, barely reaching the 2 minute and a half mark and with a total playing time of even under 20 minutes, this is just right up the alley of everyone who is struggling with his or her attention span.

Some wild, screaming guitars and the guttural vocals are counterbalancing the just fabulous drum work and giving it an equally big Death Metal side next to the Grindcore parts. So, if you are aggressively uninterested in trends and hypes and are in for a piece of violently, raunchy mid-tempo Grinding Death Metal, Abraded can be considered your next stop.