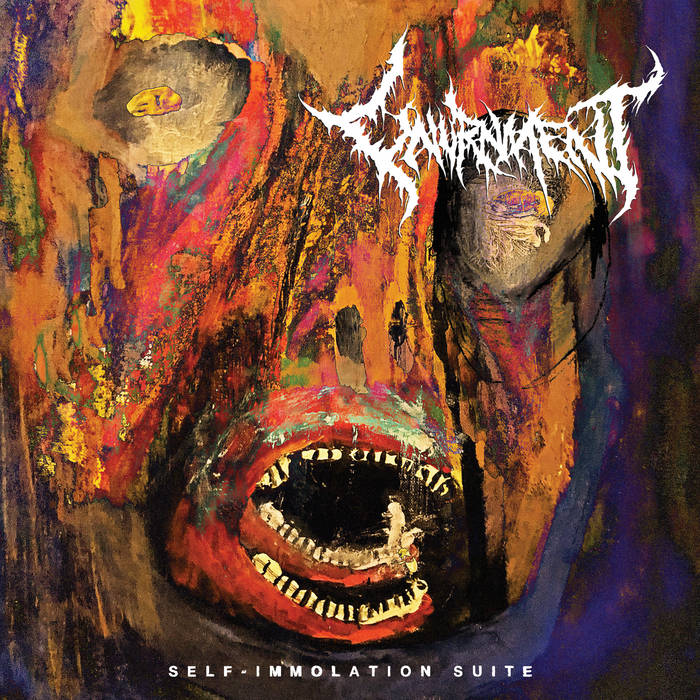 If you’re on the lookout for no-BS, modern Death Metal with a sprinkle of extra brutality and technicality, Unurnment’s newest EP “Self-Immolation Suite” should be in your playlist. Unurnment is a Sacramento-based one-man project by Federico Avila (also known from his work with Abysmalist). The music put forth on this release is brooding, mid-paced Death Metal that doesn’t shy away from getting a bit more technical or brutal at points, and with a strong focus on grooves reminiscent of “Stillborn”-era Malevolent Creation.

“Self-Immolation Suite” is the latest of so far only two EPs by Unurnment and, in my opinion, definitely improves upon its predecessor “Spiritual Penury.” The production is crispier but doesn’t sacrifice definition (and the bass tone is godly). Furthermore, strides have most notably been made in the vocal department which is now characterized by only death growls and Brutal Death Metal-type gutturals, with screamed vocals being completely absent as opposed to Unurnment’s debut EP. Also, under the inclusion of more sophisticated artwork, “Self-Immolation Suite” as a whole feels more mature than “Spiritual Penury.”

What I probably love most about this release is how Federico managed to make a one-man project sound like a four-piece band: everything sounds super coherent (which is probably owed to the fact that only one guy came up with everything) but still varied enough to give the impression that multiple people wrote on the release. While I do think that the EP loses some momentum as you progress through it, its flow is great nonetheless and everything has its place: the faster songs “Deprived” and “Depraved” alternate nicely with the more brooding tracks “Spiritual Penury” or the final track “Inexorable Incineration (We Must Burn),” respectively, and the listener is given an eerie respite halfway through the release with “Deliverance from the Flesh (A Perverse Ritual of Atonement).”

In conclusion, “Self-Immolation Suite” is a sophisticated modern Death Metal release that feels original enough to not drown in the flood of recent-ish OSDM revivals while still leaving plenty of room to improve upon in future releases. Unurnment is a promising project, and everyone that likes Death Metal should keep their eyes and ears peeled about what they (or rather he!) will be able to achieve on a whole album. (PhilippF)