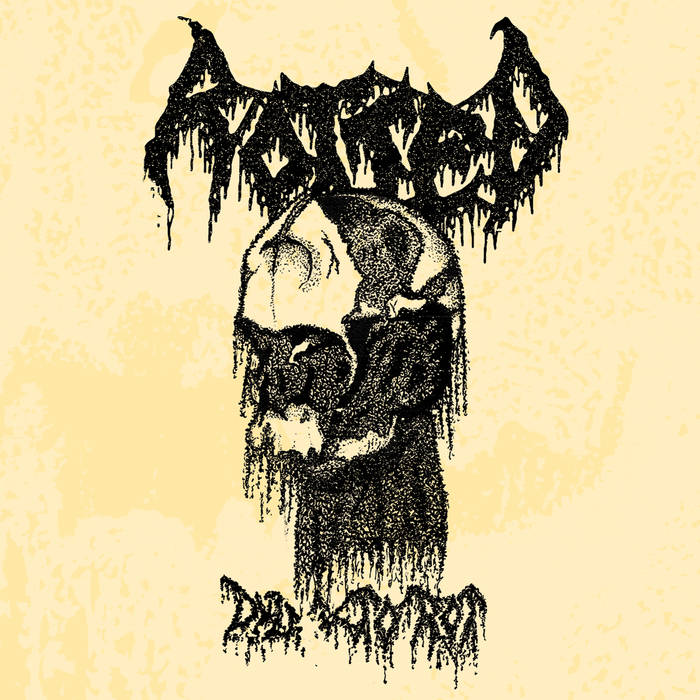 Dwelling amongst the caves in Illinois is a band so putrid, so rotten, so disgusting, that when you turn on any of their stuff old or new demo your face is bound, mangled and then held over a fire to melt.

Yeah you guessed it, new Rotted came for us and now that we are found it’s time to get salt in your, “Wounds” with the first song that helps blend your brain into a putrid mess pummeling your head until everything is loose and getting it, “Liquefied” the 2nd song off this demo grooves you down to sit at a table and look like Ray Liotta getting fed his own brain except in soup form. While getting to the last 2 songs that you can feel yourself, “Dying to Rot” as your brain is still processing the filth from the previous songs taking you on a blood filled journey through the taste of the brain soup you just had and solidifying the flavors while you start getting, “Visions of Decay” and start the gore visions of your decomposing body flailing uncontrollably by your cassette player.

After all of that and the b-side stops. You pick yourself up and turn the fucking tape around. The caveman riffs are strong with this one and get stronger. Another exceptional demo by Rotted and release by, “America’s smallest … but HEAVIEST RECORD LABEL” Maggot Stomp. For fans of caveman shit for neanderthals (ThatAustronautGuy)