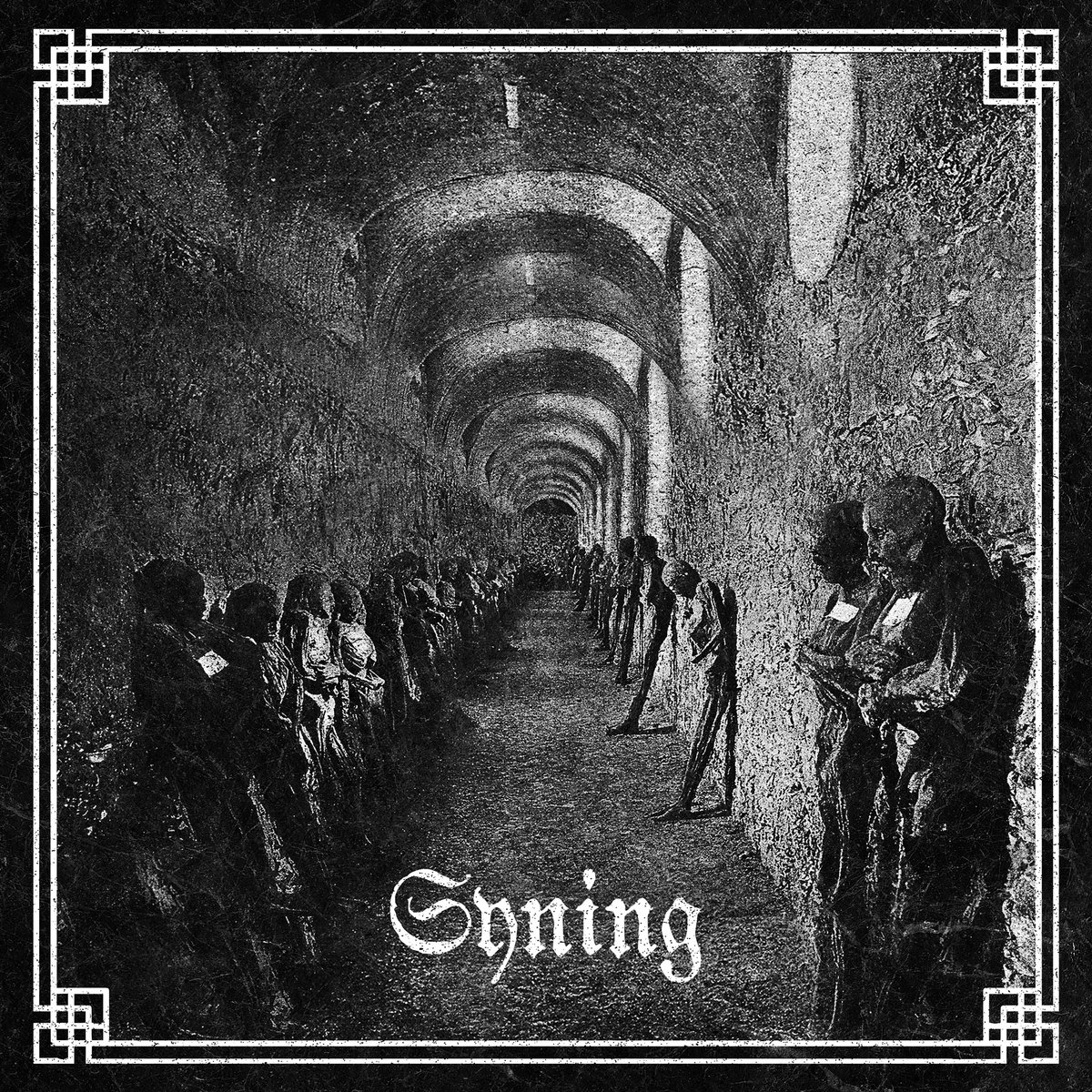 Syning is the union of members of some of the finest acts on the Terratur Possessions roster: V. Einrede of Whoredom Rife (drums), Cernunnus of Manes and Manii (ambient and guitars) and Levninger of Knokkelklang (guitar and vocals).  You would expect the outcome to be Black Metal and that certainly isn’t wrong, but the self-titled debut album is maybe not quite what you would expect it to sound like.

Opener `Atter Igjen Kommer Mørket Krypende’, which fittingly translates to `Yet Again the Darkness Comes Crawling’, starts off slowly with the ambient tone set by Cernunnus until a haunting guitar riff presents the crawling darkness. Soon, Levninger joins in with characteristic pained vocals until the song suddenly explodes into a ferocious section. The darkness fully takes over once the pace slows down and the combination of an organ and amazing vocals lead the listener further down the abyss. While the opener shows the band’s vicious side, `Et Siste Skrik’ (`One Final Scream’) displays the more ambient and mid-paced face of the band and is more comparable to Manii. During the more than 13 minutes long track the band slowly builds mostly upon the foundation of one main riff and continues to set an utterly bleak and desolate atmosphere. The closing track `Fortapt’, which means `Lost’, is something else. Ambient samples, keyboards and acoustic guitars paint a desparate, hopeless picture which is only enforced by the harrowing vocals. A fitting way to end the album! Syning’s debut is a haunting piece of Black Metal that continues to show the many facets of the genre that Terratur Possesions has to offer. (VincentP)