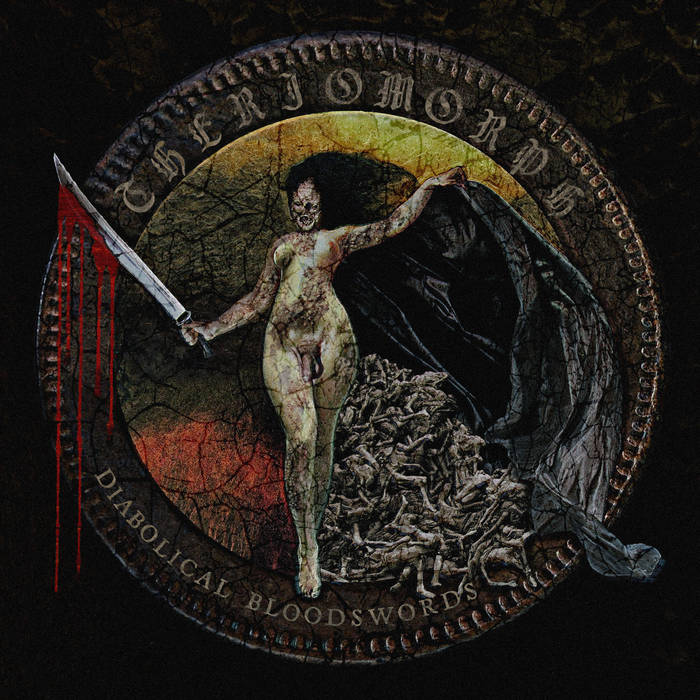 Finnish multi-instrumentalist Vainaya has been in several bands over the past two decades. Among them were underground stalwarts like Neutron Hammer and Horna, but he also had a long-running solo-project called Cornigr, releasing an album and two EPs through leading underground Black Metal labels Final Agony and Terratur Possessions. While Cornigr’s first offering tends to hold some of his best work to date, the angular ‘Funereal Harvest’ 12” EP was a particularly difficult record to get through and turned out not quite to be my favourite Terratur Possessions record.

Whether this was exactly how Vainaya himself experienced it or not, ‘Funereal Harvest’ turned out to be the closing chapter for the project. A 7″ EP was released posthumously in 2018, with two songs that had already found their way on the debut album from 2011, but then it became quiet. At least, around the solo work of the Finn. Because in the meantime he had already joined Adaestuo, an international band that recently released a new EP via the German WTC Productions. And, although it is a little unclear when, Vainaya also started a new solo-project, Theriomorph. And under this moniker he released his first record last summer, again through long-time companion Terratur Possessions.

Compared to his earlier solo work, this first Theriomorph album sounds rather close to Cornigr’s first album. It offers fairly fast Black Metal that has been stripped down of almost all unnecessary frills, it is riff-based Raw Black Metal that has enough punch and dynamics to keep you on your toes for the full duration of the album. Basically it combines both classic Finnish and Norwegian Black Metal into a homogenous and solid piece of dark art in which the strong song writing plays the key role. It creeps awfully close to a band like (early) Dødheimsgard with some hints of later Mayhem and smoothly collides into a whirlwind of sophisticated and intricate riffs that, regardless of their labyrinthine and slightly dissonant nature, never lose their catchiness. To complete the black work of art, P.E. Packain (as Vainaya now calls himself) delivers his best vocal performance so far, an all-round clinic in growling, humming, chanting and screaming. A good example is ‘Burning Black Bleeding’, which has some great dynamics, both musically and especially vocally, giving it a great epic character.

As a whole ‘Diabolical Bloodswords’ can be counted simply as P.E. Packain’s best and most all-round work. As said, Cornigr’s closing ‘Funereal Harvest’ 12” EP was a rather tough pill to swallow, all that feels like a long way off after listening to this new solo-project. Though I will not claim I have heard all of Terratur Possession’s latest output, but, to me, this is certainly one of the best in recent years.