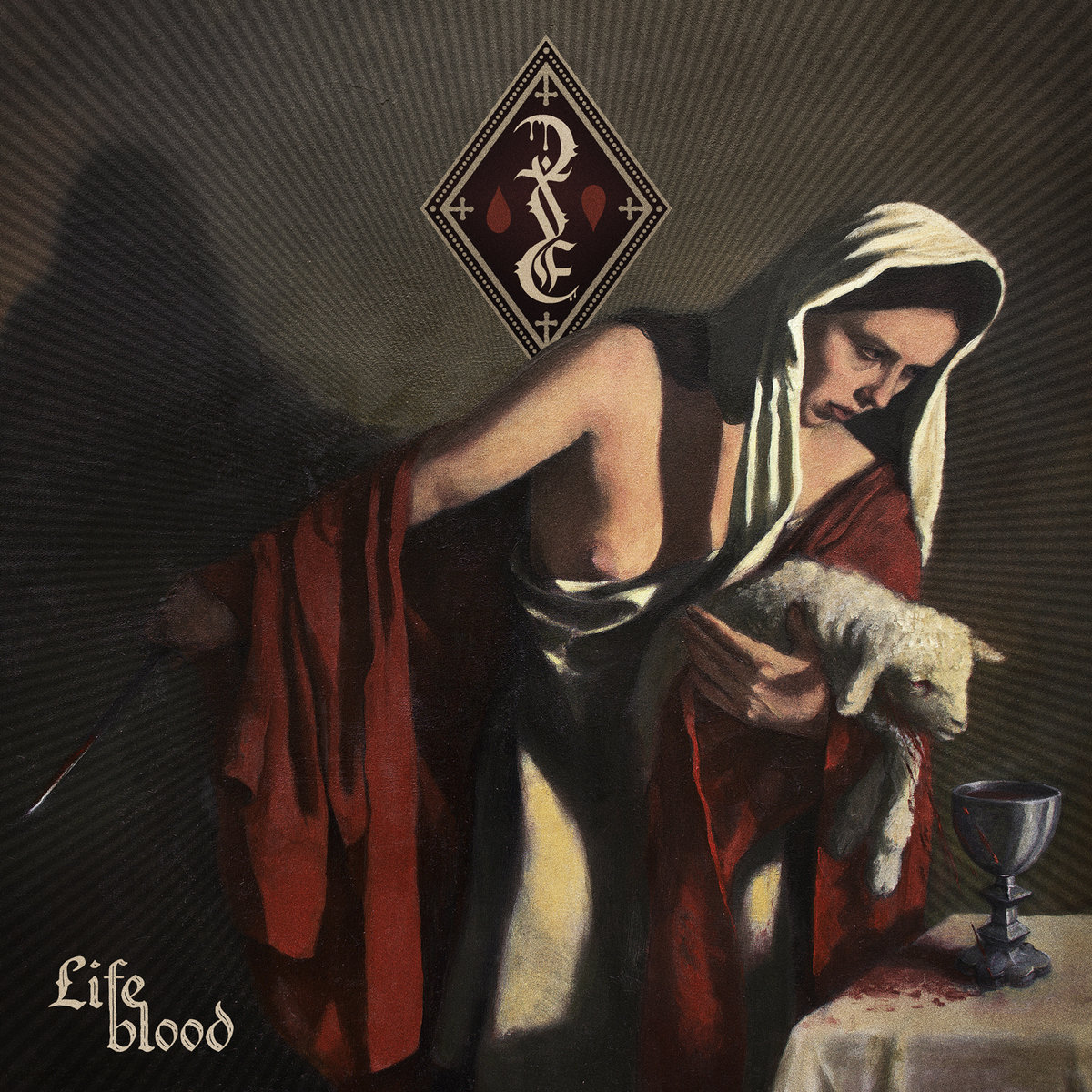 I have a confession to make. Sometimes, without any good reason, I decide to not give music a chance and avoid listening to it. I guess to save myself from having to delve into a discography and catch up by purchasing whatever albums I’m missing out on. Of course, it’s all for the sake of not overloading the shelves of my record collection once again, a sense of self-protection if you will. I sometimes do that even though I know I like the labels that are releasing it, just find a way to justify skipping it. For instance, when I read the initial description of the new In Twilight’s Embrace album ‘Lifeblood’ as “restless, haunting and unorthodox Morbid Rock”, I decided I would skip it. While I normally keep a close eye on Terratur Possessions and Malignant Voices releases, this was one I would leave alone. But as I restarted my reviewing career, the cover of ‘Lifeblood’ caught my eye while searching for new music to explore and I couldn’t help but be intrigued by it. If Terratur Possessions and Malignant Voices release it, it must have something, right? So, without giving it a prior listen I decided to add it to my review list. Talk about a great change of mind.

The Polish band is by no means new to the scene, having existed for nearly twenty years. ‘Lifeblood’ is the sixth album of the band, having previously released full-length albums on labels such as Lifeline Records, Spook Records, Arachnaphobia Records, Warmate Records and Analög Ragnarök. As mentioned before, for the most recent album the band moved to the Polish Malignant Voices for the CD release, and Terratur Possessions will handle the LP release in late 2022 or early 2023. The album comes with striking artwork courtesy of Igor Datkiewicz/WS Artworks, who recently impressed with the art for a few other Polish acts as well.

Now to start with the main reason why I didn’t give this band a try immediately, a musical direction described as “restless, haunting and unorthodox Morbid Rock”. To begin with, I’m not entirely sure why that triggered me to skip the album. Either way, I can see why they used the above description. The one remark I would like to make is that the large dose of Black Metal that is part of the sound of In Twilight’s Embrace is massively understated. I guess it once again shows that descriptions like these are as limited as what you read into them. Much of the material on ‘Lifeblood’ is Norwegian Black Metal to the bone. You only need to hear the start of the track ‘Smoke and Mirrors’ to realize that much. However, there is so much more on the record that goes far beyond the boundaries of orthodox Black Metal. In the same song, we quickly find a highly melodic solo, after which the tempo drops to an almost Doomy pace before a new solo appears. Following is something that can only be described as Rock, only to return to fast tremolo picking and blasting drums. The variation of the melodic and the light with the sinister and the dark in a track like this is off the scale.

There aren’t bands that come close to what In Twilight’s Embrace does, although I am reminded of Tribulation at times for their ability to mix harsh vocals and rocking melodies. Having said that, the Polish band is a by far darker and more menacing entity. Even though a track like ‘Lifeblood’ at first has that same Tribulation feel, the Black Metal sections are relentless and intense. The way the band alternates between these moods, for instance around at four-minute mark of this track, is seamless, and there is a tremendous sense of adventurism to the entire record. Just a word of warning: when listening to the album you must be prepared to be continuously swung between Ferocious Black Metal and bewitchingly beautiful melodic solos.

Even though I’ve already highlighted a couple of tracks, there is just so much greatness on ‘Lifeblood’. I love the sweeping Black Metal riffs in opener ‘The Death Drive’ and the song ‘Iskry’ has some of the best melodic leads on the album. The Sisters of Mercy vibe, eerie passages and piercing melodies make ‘So Bleeds the Night’ highly memorable, and the same goes for the beautifully flowing rocking melodies of ‘Sedation to Sedition’. Closing track ‘Te Deum’ is another grandiose track with possessed howls, a thick bass solo of sorts, subcutaneous melodies and an entrancing atmosphere which escalates in haunting melodies.

I have another confession. I have been postponing finishing this review. And none of it is for bad reasons. Ever since I listened to ‘Lifeblood’ for the first time I have been coming back to the album, over and over again. Sometimes just a few songs, other times the album in its entirety. Every single time it fascinated me. I didn’t want to finish the review so the cycle would end. But here it is, the review for ‘Lifeblood’. Whether we call it “restless, haunting and unorthodox Morbid Rock” or a captivating blend of Rocking melodic riffs with Norwegian Black Metal, in my humble opinion In Twilight’s Embrace created a masterpiece. And I’m glad my reviewing ways have made me reconsider my poor judgement. This is a unique listening experience of an album that I wouldn’t have wanted to miss out on. (VincentP)