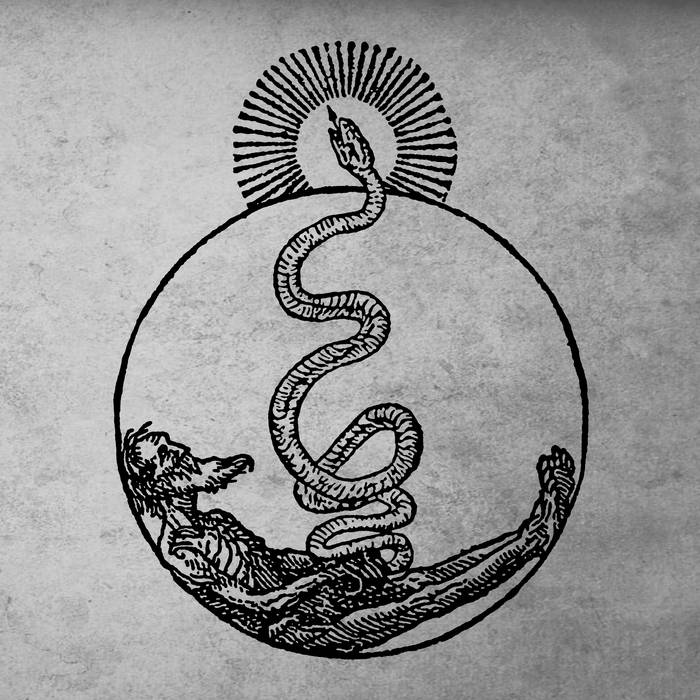 Arguably the best of the bands’ earlier work, is their debut 12” EP, ‘The Downward Descent’, at least it introduced the band to the eager ears of all followers of their label. It were those days when the Terratur Possessions website got so massively overloaded by over-enthusiastic followers, eagerly hunting down a copy of those (coloured) vinyl releases, that it eventually went black (or, white, actually). Many of the Terratur Possessions released titles got instant underground hits, due to people just buying it blindly in fear of missing out on anything (though some titles still got quite overlooked, like the amazing Askeregn for instance). One of the bands that got quite a following is this Italian/Norwegian duo, not in the least because of their many successful live shows, but also because of the pretty constant output in the first years of their existence. The first three EPs followed each other quite quickly, but after the last one, in 2018, it remained eerily quiet. Until the long-awaited debut album was finally released at the beginning of this year, of course again via Terratur Possessions.

Yet those four years of radio silence did pretty much nothing to the band. As in, it did not do them any harm. ‘Ascending Into Perdition’ simply picks up where the band left off. Uncompromising Black Metal with a Death Metal edge, that is mainly found in the guitar sound, which is not nearly as sharp as the average Black Metal record. Wraath also makes a contribution here by regularly exploring horrifyingly dark grunt-like depths in parallel to his recognisable and slightly more standard Black Metal rasp, quite similar to Hoath Torog, in one of Wraath’s other bands, Behexen. Musically it is all quite simple and stripped down, a steady rocking rhythm is palpable throughout the whole album, with the main emphasis being on the riffs and vocals, while the bass guitar certainly plays no secondary role either. Musical comparisons can be drawn to the pitch black, yet rocking genius of Gorgoroth (‘Destroyer’), the atonal and ritualistic majesty of later Mayhem and a hint of the evil chaos of early to mid-period Katharsis. Where Wraath’s demonic vocal performances can also be found in those same corners, with some dramatic outbursts certainly not entirely free of Attila Csihar influences. The epic, almost Gregorian, chanting also adds to the sinister atmosphere, which is propelled to magisterial heights especially in the closing ‘Silence In Heaven’.

Compared to the first three smaller releases, it may be unsurprising and may therefore come across as more composed. But Darvaza has definitely taken a step forward, deepening and refining their musical formula. The surprise may be a little off, but the band more than makes up for that in quality. If you found this duo’s previous work appealing, you certainly won’t be disappointed by this one either.