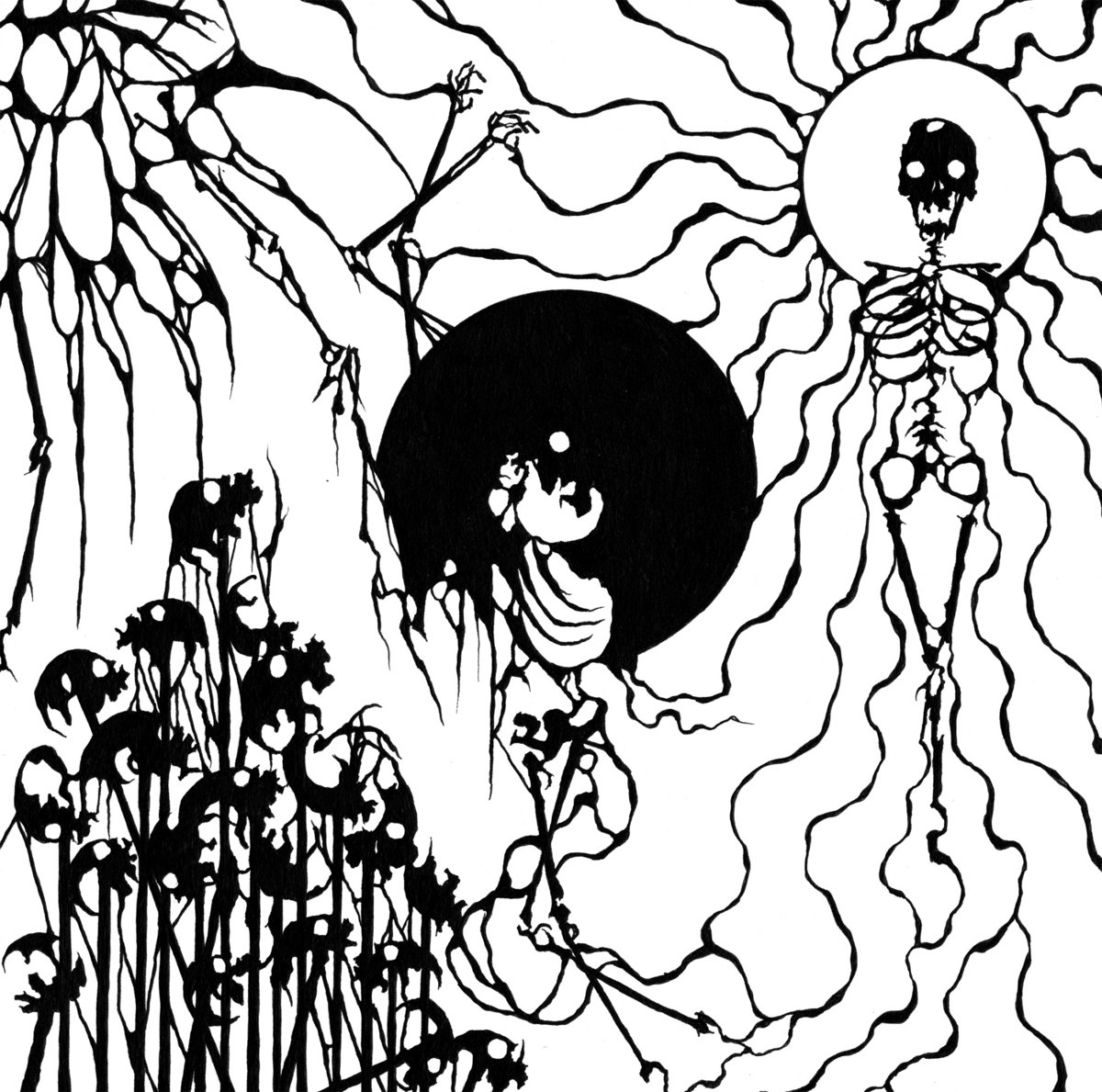 Kêres is one of the many vessels that the multi-instrumentalist, vocalist and Kuunpalvelus label boss Rauta (in the case of Kêres performing under the name of Atvar) uses to express his passion for Black Metal. While in many of his current and former projects such as Circle of Orouboros, Vordr and Prevalent Resistance he shares duties with other band members, Kêres is rather a one-man project… well, that is up until the release of this ‘Flaming Ash’ EP. This time, Atvar is joined on drums by none other than Luxixul Sumering Auter of Cosmic Church and Frozen Graves fame.

The latest album by Kêres, 2019’s ‘Ice, Vapor and Crooked Arrows’, was an excellent, mostly midpaced atmospheric Black Metal album with a gritty distorted production. On ‘Flaming Ash’ the distortion has been turned a bit lower, leading to a clearer yet still sufficiently raw sound. Although admittedly, the single guitar sounds maybe a bit barren in the faster section of the track ‘Powerless’. Musically, not much has changed since the last album. Atvar employs the same raspier vocal type as on the previous album, and the majority of the EP focusses on creating a solemnly melancholic atmosphere through midpaced, minimalistic and slightly repetitive passages in the vein of Burzum. This minimalism contrasts with rich bass arrangements and a clearly more diverse drum performance courtesy of Luxixul Sumering Auter. The EP opener ‘Soldier of Fortune’ is probably one of the better tracks from the entire Kêres catalogue and sets the atmosphere for the other four tracks, while ‘Circling Shadow’ continues with entrancing melodies and bellowing vocals. The traditional Finnish Black Metal riffs and tempo increases towards the end of ‘Powerless’ make for a nice change of pace, which is maintained through the subsequent ‘Fields of March’, another highlight of the EP that despite the more uptempo nature has all of the atmosphere of the midpaced sections. And in closing track ‘Into New Life’ we find some background synthesizers and pace changes that add just a touch of variety.

Atvar doesn’t reinvent himself or the genre, but just continues to release unpretentious, honest and high-quality recordings with Kêres. ‘Flaming Ash’ is an excellent continuation of ‘Ice, Vapor and Crooked Arrows’ and a great piece of atmospheric Black Metal. (VincentP)