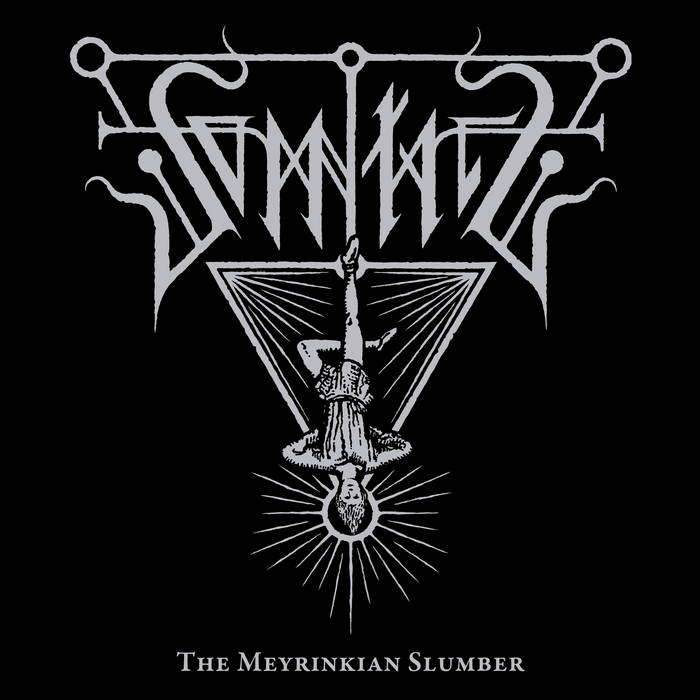 Hails Czech Republic for making awesome Black Metal and spawning a band like Somniate! Founded in 2017, they focused fully on their debut “The Meyrinkian Slumber” and did their first live appearance at the ETEF in Volyne where they succeeded completely! The band consists of member from bands like Brutally Deceased, Et Moriemur, Heaving Earth amongst others, so they know their stuff pretty well.

The 5 tracks are a dark atmospheric slab of modern Black Metal, technically on a high level, keeping a too complex approach will still forward thinking and catchy at the same time. The riffs provided are pitch black, the drums blast, groove, smash, turn around and over, keeping things flowing and interesting, same for the bass too, which has a great presence and adds a lot of depth and musicality. The vocals range between deep grunts and highly suffering melancholic throats! Blaze of Perdition, Deathspell Omega, Drastus, or Ascension, MGLA, Nightbringer, just a few bands that came to mind while listening to Somniate. The dynamics, thanks to excellent song writing and musicianship, like in “Of Fragrance and Light” are astonishing! Stuff like that is found on the entire record, one of those you have to grasp in its entirety.

The concept of magical realism was captured in a own way and was set brilliantly. Gustav Meyrink’s works, especially on a practical way, are a huge force of magic and Somniate did a great job on this!

This is modern Black Metal the way I like it and Somniate succeeded with their own mixture on “The Meyrinkian Slumber”.  High on my list of great albums of 2020 and sure one of the best debuts in 2020. Be sure to catch them live too, a strong force! Recommended, keep an eye on them. (DPF)