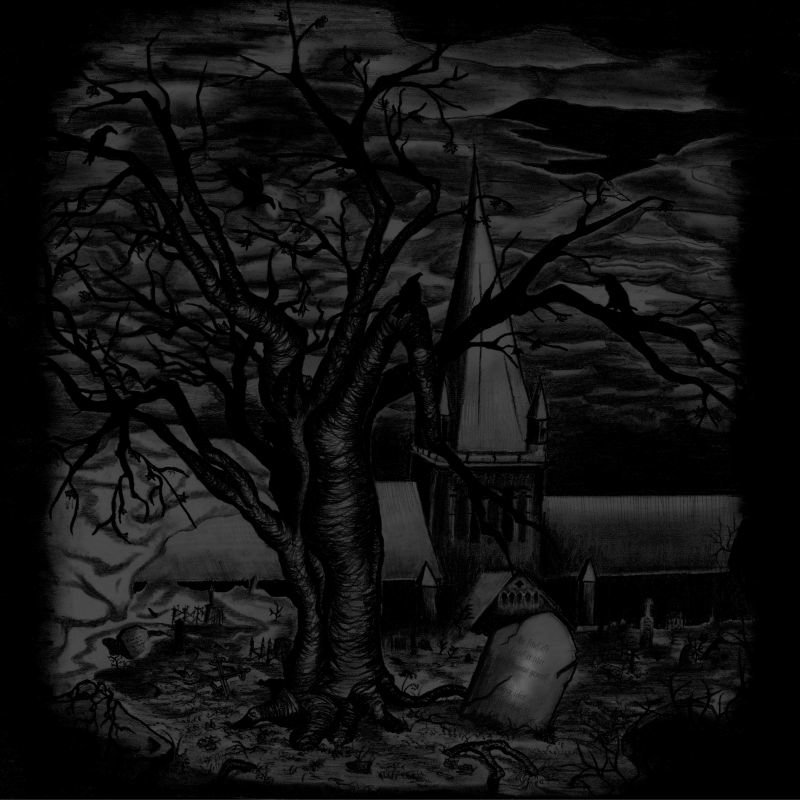 On a tragic April night in 2009, Steingrim Torson left this mortal coil. The highly talented Norwegian musician had made his mark in several bands from the Trondheim scene, including Celestial Bloodshed, Jammerskrik, Kaosritual and One Tail, One Head. To channel all his creativity, he also conjured up the solo-project Selvhat, who ended up releasing multiple demos, an EP and a full length album entitled ‘Gjennom Moerket Famlende’.

Over the years the material by most of his bands have become much sought after, and Terratur Possessions have honored his name by making many of these releases available once again. In 2022 it was Selvhat’s turn, seeing both the release of a compilation of rare and selected tracks from demos and EPs in the shape of ‘Avskjed’ (reviewed by FelixS), and the re-issue of ‘Gjennom Moerket Famlende’. Originally released on vinyl and cassette by Nordkult Rituals in 2008, the 2022 vinyl re-issue of ‘Gjennom Moerket Famlende’ comes with just a slightly adjusted layout but otherwise stays true to the original. This edition is pressed on black vinyl and red marbled vinyl, and strictly comes on vinyl, true to the wishes of the artist.

While formed as a solo project, the drums on the album are performed by session drummer E. Blix, otherwise known for his work in Black Majesty, Kaosritual, Mare and Vemod to name just a few. Selvhat was Torson’s vessel for his innermost views on bleak and depressive Black Metal. It’s not quite as suffocatingly nihilistic and slow as his work with Jammerskrik but conveys a similar desolate atmosphere. The album mix is raw, with the vocals and guitars pushed further back in the mix compared to fairly present drums and occasional clean guitars. This doesn’t at all detract, and possibly only adds to the icecold atmosphere. Steingrim Torson was a gifted songwriter, and ‘Gjennom Moerket Famlende’ is filled to the brim with bonechilling riffs. These are repeated for extended periods, resulting in a highly captivating and hypnotising effect. Both the band name and album title fittingly describe the album: Selvhat means self-hatred and ‘Gjennom Moerket Famlende’ translates as ‘Groping through the Darkness’, together describing a loathing dark journey of self-resentment. A very suitable description of an utterly dark album that grabs your worst thoughts and drags them further and further down the abyss.

Across so many great records that Steingrim Torson was involved in, it’s hard to pick a favourite. But out of all those, ‘Gjennom Moerket Famlende’ is probably the one that just grabs you and doesn’t let go, it’s the ultimate combination of the anxiety and aggression that’s contained in his body of work, and a monumental record from the Trondheim Black Metal scene.