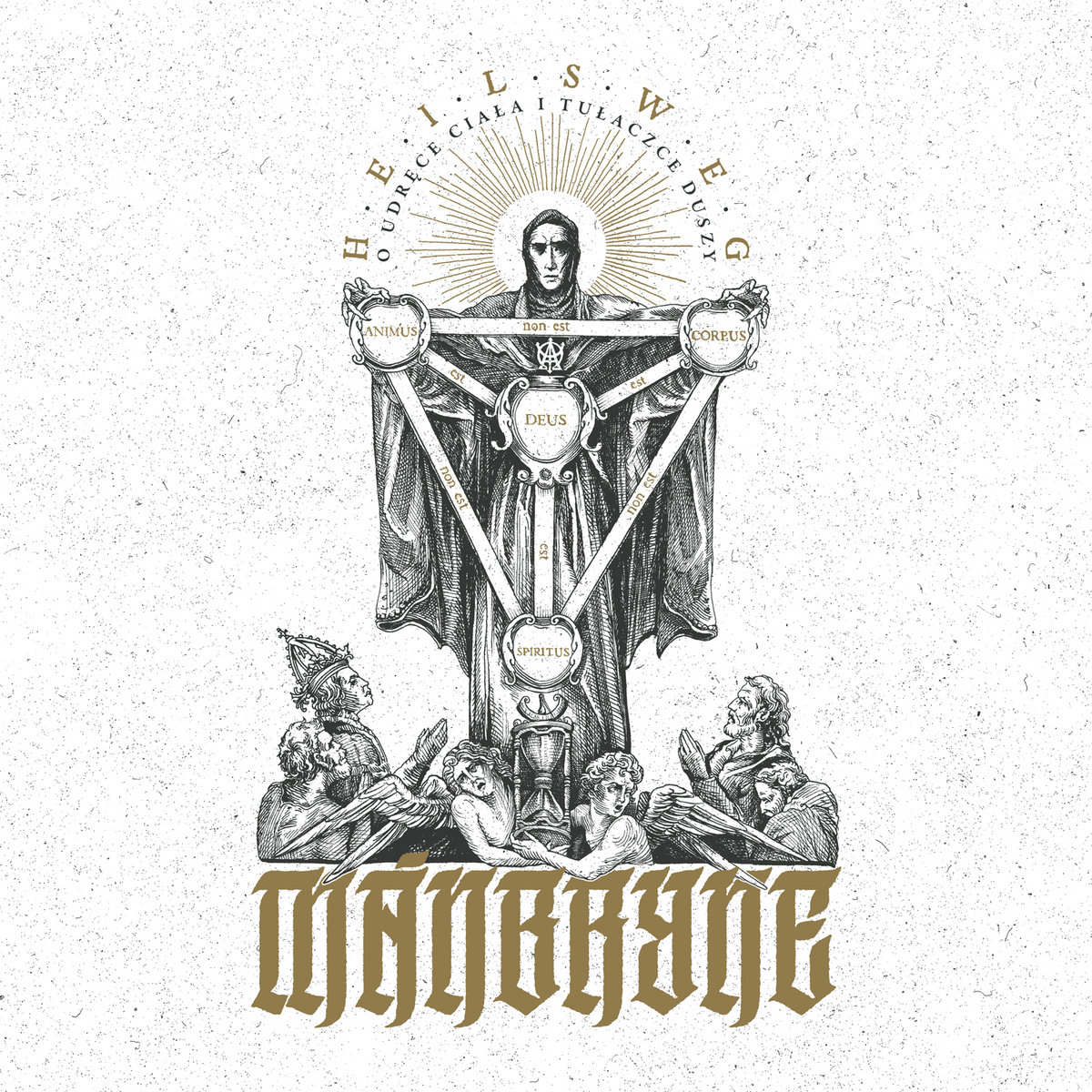 Although the focus tends to go to Norway, at the dawn of the 90’s Black Metal scenes started sprouting all over the world. One such active scene was Poland’s, where classic influences such as Venom, Bathory and Hellhammer / Celtic Frost or the local heroes of Kat inspired a slew of bands like Christ Agony, Graveland and Behemoth to pick up the devil’s chalice. Over the years the country has been a fertile breeding ground for a fair number of unique sounding acts, so whenever a consistently strong Black Metal label like Terratur Possessions (together with Malignant Voices) releases something by a Polish band you just know it has to be something special. In this case, we’re talking about the debut release of the band Mānbryne entitled `Heilsweg: O Udręce Ciała i Tułaczce Duszy’.

What’s immediately clear is that the technical and writing proficiency on this record is tremendous. Vocalist S has shown with Blaze of Perdition that he has a great range in his vocals, and the vocal performance on `Heilsweg: O Udręce Ciała i Tułaczce Duszy’ is nothing short of amazing: from shrieks and howls to whispers, this is one passionate performance! The drums are on the level of Mgła, showing great dynamics and creativity. Rarely has a bass sounded this audible and original on a Black Metal record. And the guitar work is impressive as well, and compositionally downright mindblowing on the opener `Pustka, Którą Znam’. What starts out as furious Black Metal quickly turns into a one-of-a-kind track by introducing the most contrasting yet simple and flowing melodic solo that changes the entire direction of the song and is not commonly heard in Black Metal. This returns several times in different forms and it’s downright catchy and highly memorable, making this easily the most standout song on the record. This is the only track to feature these unique elements so explicitly, but I hope to hear this more often on future releases by the band. The rest of the record is high quality Black Metal that shares similarities with fellow countrymen of Mgła but changes rhythm and pace much more often and spends less time building on riffs. `Majestat Upadku’ even contains some old school Death Metal riffs and`Na Trupa Trup’ is an all-out amazing showcase containing a few riffs that remind me of Marduk, and showcases the versatility of the drums and ends the album in epic style. `Heilsweg: O Udręce Ciała i Tułaczce Duszy’ is a thoroughly enjoyable, extremely well-played and at times unique debut record that has me excited for follow-up material. (VincentP)