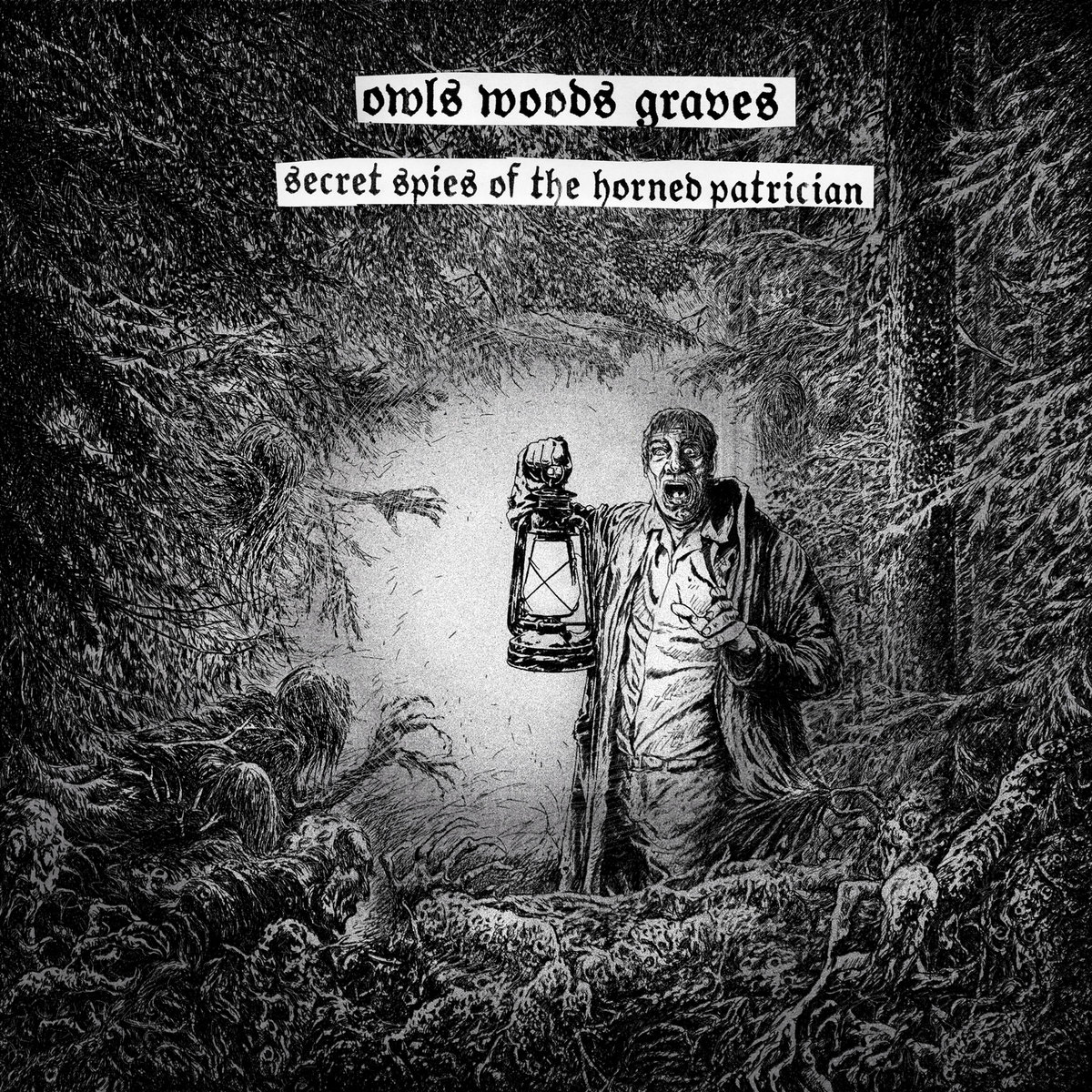 The Polish band Owls Woods Graves was established in 2015 by E.V.T. and The Fall. At that time, both members were part of Medico Peste, but anno 2022 both have left that band. They are however still part of the live line-up of Mgła, while The Fall is also member of Ashes and the international band Eschatology. In the two-piece line-up the band recorded an EP in 2016 and their debut album ‘Citizenship of the Abyss’ in 2019. Both releases were issued by the quality label Malignant Voices, and for the newest album band and label teamed up once again and present to you: ‘Secret Spies of the Horned Patrician’.

Compared to the previous album, the band has undergone a change. Just before the recording of the latest album, none other than M. of Mgła and Kriegsmaschine has joined the fold on bass and vocals, and ‘Secret Spies of the Horned Patrician’ is the band’s first release as a three-piece. On the previous full-length album the band had already shown to be more than just a Black Metal band, incorporating plenty of Punk in their music. That trend has continued on the latest album, and ‘At the Crossroads’ is probably the only song that is strictly Black Metal. Otherwise, Owls Woods Graves serves a Black Metal flavor with some proper blasting but also plenty of grooves and D-beats. Imagine Impaled Nazarene mixed with a thicker layer of punk, touches of Motörhead and Carnivore, and topped off with occasional clean background choruses in the vein of Deströyer 666’s more recent work. It may miss the absolutely ferocity of Impaled Nazarene or the hookiness of Deströyer 666, but the mix works surprisingly well and is catchy as hell. Plus, it’s not something you hear every day. The biggest improvement for the band since the last album lies in the more fluid integration of both styles into a whole, and while not exactly there yet, the band is closing in on striking the right balance. Regardless, the absolute joy of playing oozes out of the record. Whether the clean choruses, with all three members sharing vocal duties, are to your liking is something up to the listener, but they’re only in a few songs and personally don’t bother me.

It may not be to the liking of ever Black Metal fan, but the mix of Black Metal and Punk is done very well on ‘Secret Spies of the Horned Patrician’. So, if you’re not averse to rocking, grooving and catchy Black Metal with some raucous clean choruses here and there, give Owls Woods Graves a try.