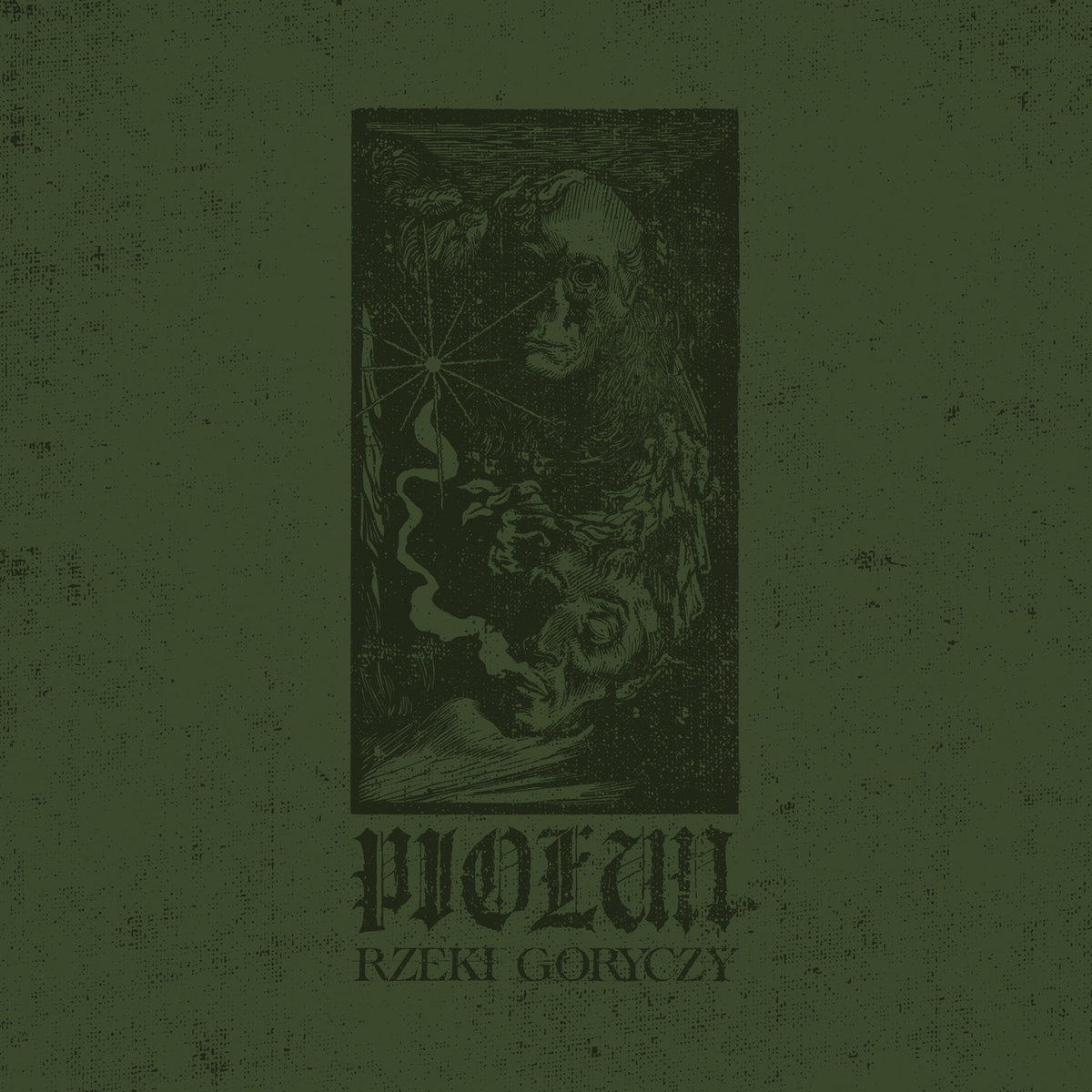 The band Piołun from Lublin, Poland was created in 2019 by Sorh of Blaze of Perdition and Oremus on guitar and vocals, and shortly after was joined by Vitor on drums. Sorh envisioned the band as a continuation of Oremus, which through line-up changes no longer aligned with the concepts that he envisioned. On Piołun’s debut release ‘Rzeki Goryczy’, which translates to something like ‘Bitter Rivers’, they are joined by guest musicians Sonneillon (backing vocals) and Ashgan (ambient parts), both at one time part of Blaze of Perdition, Manbryne and Oremus.

The Malignant Voices released full-length album features 39 minutes of Black Metal sread over seven tracks dealing with death, nihilism, the fall of humanity, the apocalypse and folkish take on satanism. Musically, the band uses Scandinavian Black Metal mixed with Polish Black Metal in the vein of Kriegsmaschine and Blaze of Perdition. This comes down to often upbeat Black metal with raspy vocals and subcutaneous straightforward melodies. At times these manifest themselves in folk-inspired riffs, as is most prominent in ‘Blady Świt’ (‘Bleak Dawn’). Despite the apparent influence of 90’s Scandinavian Black Metal, the album has a distinct Polish sound to it, which to me means: creative, fierce, with delicate melodies and a great use of drum rhythms. On tracks like ‘Trwoga II’ and ‘I Wszystko Marność’ the band is in prime form, showing that even though they might sound both Scandinavian and Polish, they still manage to have a sound of their own. The album ends on a high note with ‘Antychryst’, a song that is equally furious as the rest but successfully adds some near-epic undertones through its melodic leads and acoustic break. This certainly harkens back to days of early Unanimated and Dissection and the 90’s melodic Swedish Black Metal movement, but as with the rest of the album, in a slightly more bareboned and straightforward style.

I came across Piołun when I set out to review the recent albums released by Malignant Voices, and once again I wasn’t disappointed in the label, or the Polish Black Metal scene. On ‘Rzeki Goryczy’ we find a band mixing 90’s Scandinavian Black Metal with that typical quality Polish sound to great effect. Needless to say, this comes recommended!