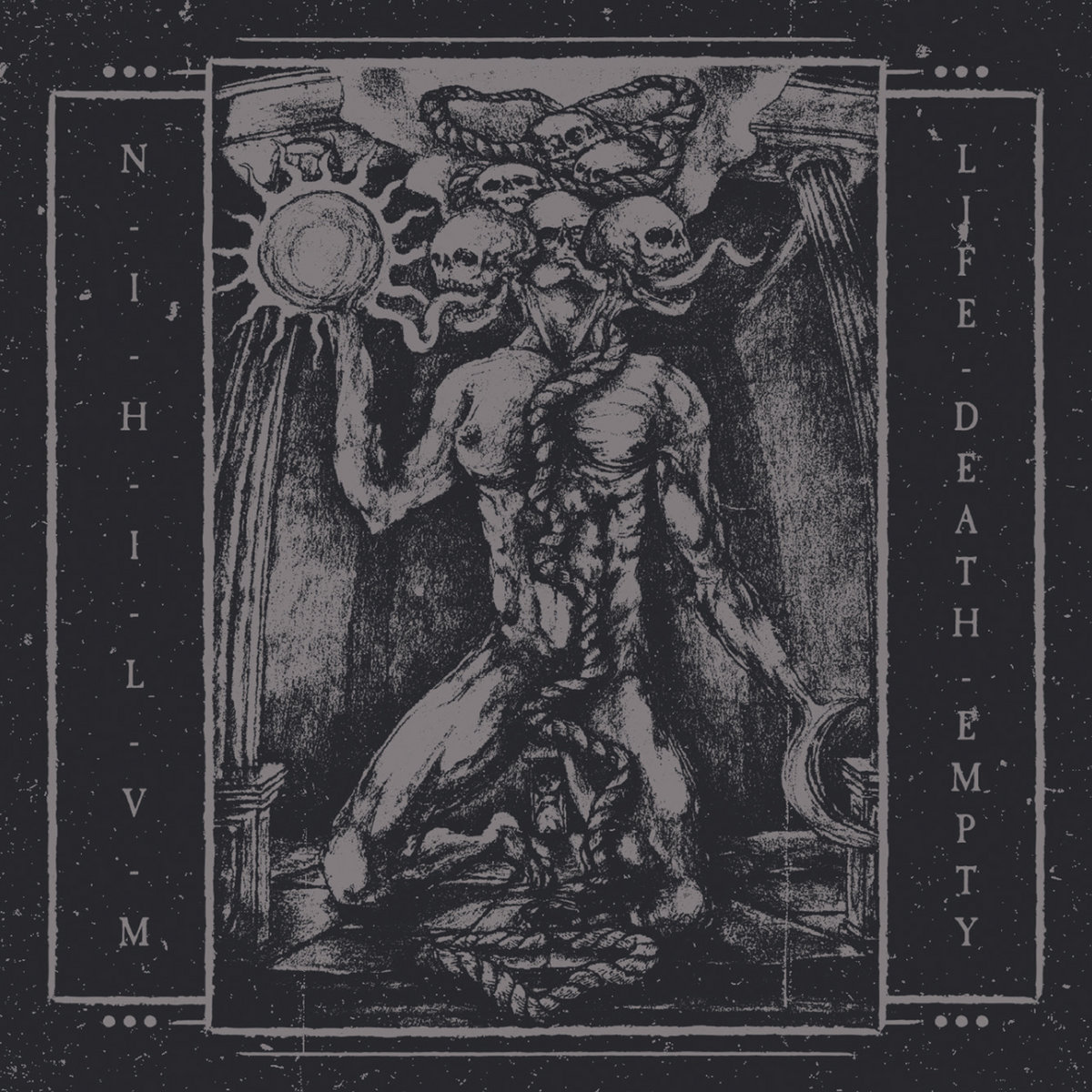 Poland’s Nihilvm was formed in 2020, but that’s about all the information that’s out there. Well, that and that the band was signed to the highly esteemed Malignant Voices label, which has released the band’s 2022 debut EP, ‘Life-Death-Empty’.

For those that associate the name of Malignant Voices with Black Metal bands, the opening tunes of Nihilvm EP might come as surprise. Instead of Black Metal, we find a very heavy Death Metal sound that is brooding, dark and crushing. A band that comes to mind is Grave Miasma, although the music of Nihilvm has much less finesse. Fitting with a Death Metal sound, a large part of the vocals are also guttural. But fear not, Black Metal lovers, there is much more than meets the eye. Sticking with the vocals, there are clean chants interspersed as well. And underlying the heavy crushing tones, we can find those typical Black Metal riffs. Because most of the music is at a mid-tempo and creative drums are allowed to shine, the hypnotic influence of a band like Kriegsmaschine shines through the thick sound, although ‘Life-Death-Empty’ is a bit less intricate. Probably the best band to compare to would be to Bølzer at the time of their great first EP ‘Aura’, but with a much heavier sound. Nihilvm’s mix of the ritualistic, trance-inducing elements of Kriegsmaschine, the Death/Black hybrid of Bølzer, and the dark Death Metal sound of Grave Miasma blends together surprisingly well. What the band may lack in finesse and intricacy it more than makes up for in choking darkness. I imagine it will appeal to those that appreciate Black Metal and Death Metal equally. An excellent EP that despite the somewhat misleading initial appearance fits very well in the Malignant Voices catalogue.