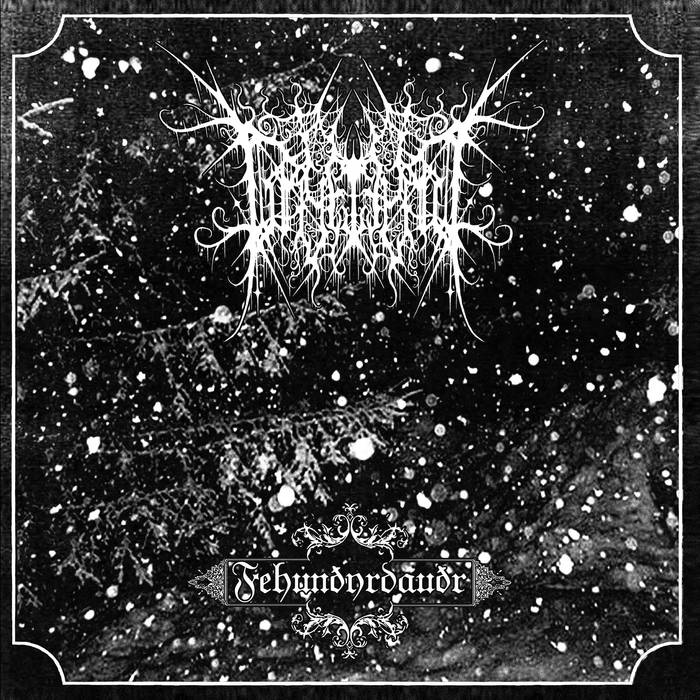 Lord Valtgryftåke and Lord Mbl Dmn III need no introduction (to Black Metal fans at lease), as their work speaks for themselves. I once wrote that the paradigm of Black Metal, from the geographical point of view, was shifting. Norway was once the go-to place for all Black Metal related – and it still is, in a way – but it is now splitting “duties” with several other regions of the Globe, and South-America is one of those locations; Chile, to be more precise.

Hailing from Valdivia, Los Rios, Gryftigæn is one of the founding entities of the Pure Raw Underground Black Metal Plague circle. A group of individuals, not all from Chile, that has the same mindset on Black Metal and all its aspects. This harmony of thought led to the creation of Art that goes beyond the borders of Music, penetrating into spiritual fields. “Fehunðyrdauðr” is the duo’s 2nd Full-length, and what an album it is. The atmospheres that we were costumed to are all here! The deep vocals and ritualistic symphonies; the hidden melodies and delicate details. It is a little Pandora’s Box… you do know what to expect, but you end up extremely surprise of what is given to you.

So, what to expect, actually? Melodic Raw Black Metal at its best, period. These blokes do know how to create a hell of a Devil’s Music, right? Dense, oppressive, harsh, and punishing, while never losing that sense of the ritual. I feel these adjectives might give an image of the Music, but stand short, in reality. It has, although, a less positive thing to it: I feel it is too long. Some tracks go on and on, stretching for too long, in my modest opinion, but I understand that the artist has to let the Music flow, and it will show you when to end.

2022 is preparing to be an amazing year for Black Metal. (DanielP)