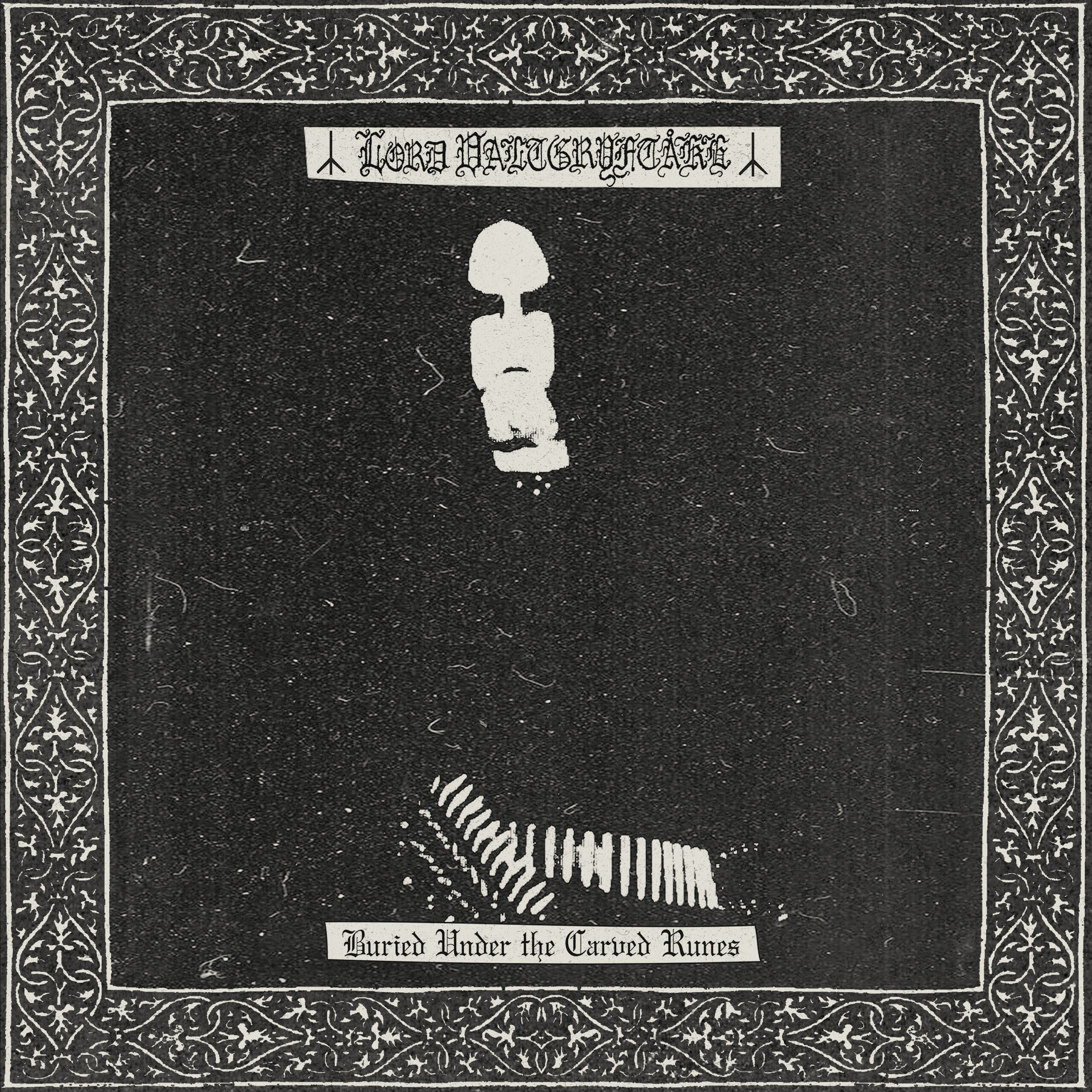 Not long after the release of Lord Valtgryftåke’s ‘Renaissance From A Bitter Twilight’-demo, digital and on tape-format through Mahamvantara Arts Records, the Lithuanian Inferna Profundus Productions picked up this Chilean Black Metal solo project. Lord Valtgryftåke apparently didn’t need much time to scrape some songs together for a full-length, because a few weeks after the demo was released, we already received this album to review.

All the songs that were on the previously released ‘Renaissance From A Bitter Twilight’-demo have also appeared on this album, so we cannot speak of a completely new material. However, those songs have been given a slight overhaul, at least they have been re-recorded to blend homogeneously into ‘Buried Under The Carved Runes’. On the demo Lord Valtgryftåke still sounded quite a lot like a direct copy of Urgehal’s ‘Goatcraft Torment’ (2006, Agonia Records) and Darkthrone’s ‘Hate Them’ (2003, Moonfog Productions), on this new full-length I can’t quite shake off that same feeling. A bit more variety has crept into the songs, but on a song like ‘Pagan Darkness’, which didn’t appear before, Urgehal, Darkthrone and Carpathian Forest are never really far away. The production is still very raw on this album as well, but seems to be a little less damp, something I’m not sure if this does the songs any good or not. Either way, the production is still demo-level and with that Lord Valtgryftåke does retain the feeling that the demo also gave that great vibe of 00’s nostalgia. Compared to the demo tape, the number of acoustic interludes has doubled to two, the question is how much this adds. The same goes for the Zemial cover, which adds nothing to the original.

Lord Valtgryftåke will not win any awards. Not for originality, not for intensity and not for musicianship or talent. But it is because of the dedication and persistence of people like Lord Valtgryftåke that the Black Metal scene is still as thriving and prolific. The same can be said about Inferna Profundus Productions, that, at a steady pace, keeps firing bands like Lord Valtgryftåke at us to makes sure the (un)holy black fire will not fade.