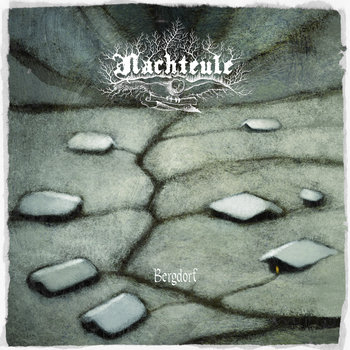 This album is an absolute perfect soundtrack for cold and dark winter days. When I first took a look on the tracklist I thought this is just an EP. There are just five songs on the album and the first one is also an instrumental intro. But after seeing the duration of the songs it was clear that this is the second full length album of this Canadian Black Metal band Nachteule.

I have mixed feelings about this album. On terms of the songwriting and creating a cold and dark atmosphere Nachteule did a very great job. They are also using panflutes and other instruments on the right time. But there is also a huge BUT for me and that is the production. I don´t know if Nachteule planned a sound like that but in 2018 you can easily create a better song with any computer or iPad at home. Nachteule has a very great potential but I don´t think  that you will listen to the  album more than once or twice. I hope the production/sound will be better in the future otherwise Nachteule is just one of many other bands. (HaCeBo)