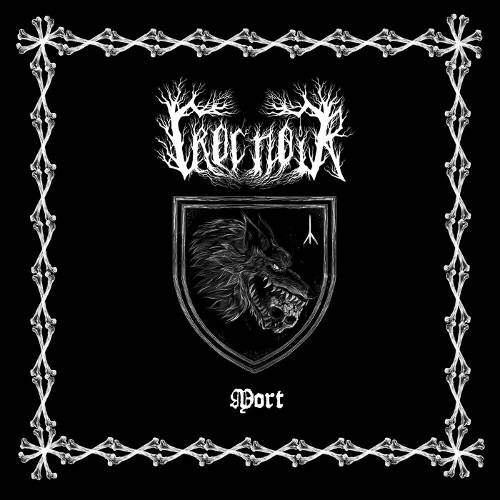 Croc Noir; just the name alone sounds cool. That’s what made me decide to review their album “Mort”. Once I found out the band’s name means ‘Black Fang’ I was even more intrigued. I’m not very familiar with the French underground metal scene so I was curious about what I was going to hear.

“Mort” is a great album. I was hooked immediately. The quality of the band’s music is hard to put into words. It’s well-crafted and performed with a level of finesse that would challenge even more veteran bands. Black Metal is one of my favorite genres. I listen to it at least once or twice per day, if not even more often. I’ve never heard a band manage to blend an accordion of all things into the background music and have it work so well. It added an entirely different level to the songs that made you aware of the band’s culture while you listened to them.

That isn’t to say that this is a mellow or laid-back album by any means. It is as dark and as brooding as any serious fan would want. For anyone who wants a specific track suggestion I’ll offer this one; “Des Feuilles Mortes.” Its’ melodic nature draws you in while the quality of eternal sadness within it keeps you listening. There aren’t any bad songs on the album, which is something I’m always happy to mention. “Mort” is an album for anyone who appreciates Black Metal as an art form as well as an expression of feelings we’re not always free to talk about. Croc Noir should be very proud of themselves. (LouiseB)