UADA – Cult of a Dying Sun 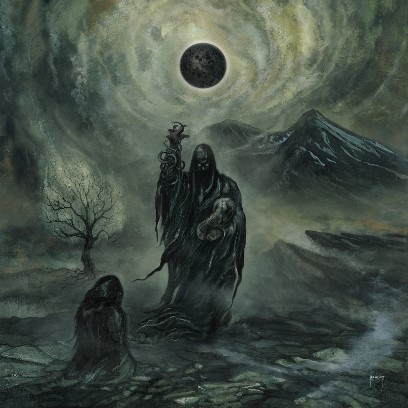 UADA conquered the extreme metal community by storm with their debut album “Devoid of Light” and became somehow  a smaller brother of MGLA. To some for the best or the worst and also being criticized for being too close to them, not only musical wise but also in terms of image. Well, I think they got enough of their own trademarks, especially when it comes to melodies and the range of vocal chord acrobatics, going a step beyond what its predecessor had to offer. “Cult Of A Dying Sun” just became the album everyone expected. Or maybe not? Some things are new or different if you will. As mentioned, the vocals have a bigger range, some of the deep grunts are used more often, with some accentuation here and there to give the songs THE special diamond. Drum and bass did an excellent job not only being killer rhythm sections, but also being able to be their own “voices”. Once again the stellar part are the killer riffs and first and foremost, the lead melodies and solos. Not of this world, sometimes having a slight Kreator touch. The production, the artwork…everything fits the idea the band wants to create. The songs have a natural flow, and even the instrumental song is an important part of the album, as it is not only a filler. The songs have a more mid-tempo paced speed, with lots of groove and hymn like character. Sure, some faster stuff, just like on the predecessor,  are still present as they’re driving and pushing towards the dying sun. Another great album by UADA, another highlight for this year. (DPF)