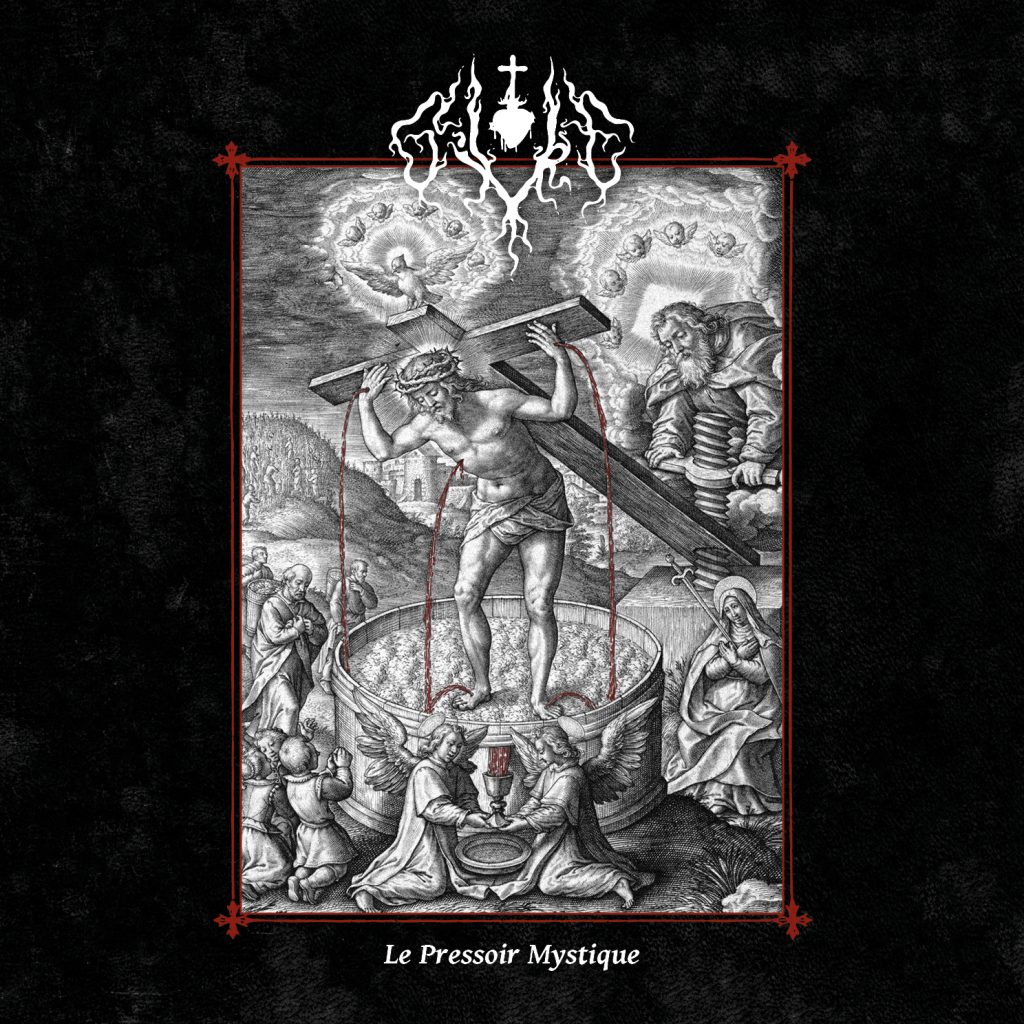 In the wake of many a local Black Metal scene, the one currently brewing in Canada, in Quebec to be more specific, is taking considerable form. Like the true connoisseurs amongst us immediately recognize a band from, say, Greece, France or Finland, the Canadians are increasingly moulding a distinctive sound of their own. It has even been given a name, Métal Noir Québécois, named after Forteresse’s magical debut album. While many bands holding that banner high, sporting that deeply melodic yet fierce Black Metal, Givre, also from the Quebec-area, takes a slightly different approach.

The basic ingredients might be the same, a foundation of Black Metal with a major role for enchanting melodies and a certain Folk twist, the result is fairly different. Compared to bands like Forteresse, Monarque, Sorcier Des Glaces or Cantique Lépreux the focus is not on the melody or enchanting, almost dreamlike atmosphere. The tempo is also a lot lower on average while the guitar sound of Givre is harsher and grittier almost nearing a Lo-Fi kind of atmosphere. At times it might therefore remind of Ildjarn, but compared to that highly influential Norwegian wizard, Givre takes a milder approach. The stunningly creative nature of Givre is one of quite a unique calibre. A good example is ‘Adieu Ces Bons Vins De Lannoys’, where the band effortlessly moves from a primitive Ildjarnian riff with harsh vocals to a climax in which Gregorian chants play a major role. Although it may seem too big a transition on paper, Givre manages to forge it into breathtaking beauty. In fact I think I just saw a tear running down the cheek of Hildegard von Bingen.

This first album was already released last year on limited runs on cassette tapes through a few of the underground’s most revered labels. It recently got a proper release through Germany’s purveyors of sophisticated quality Black Metal, Eisenwald. A stable in which this enigmatic trio just perfectly fits and will certainly prove to be a stepping stone to help their eclectic art further into the world.