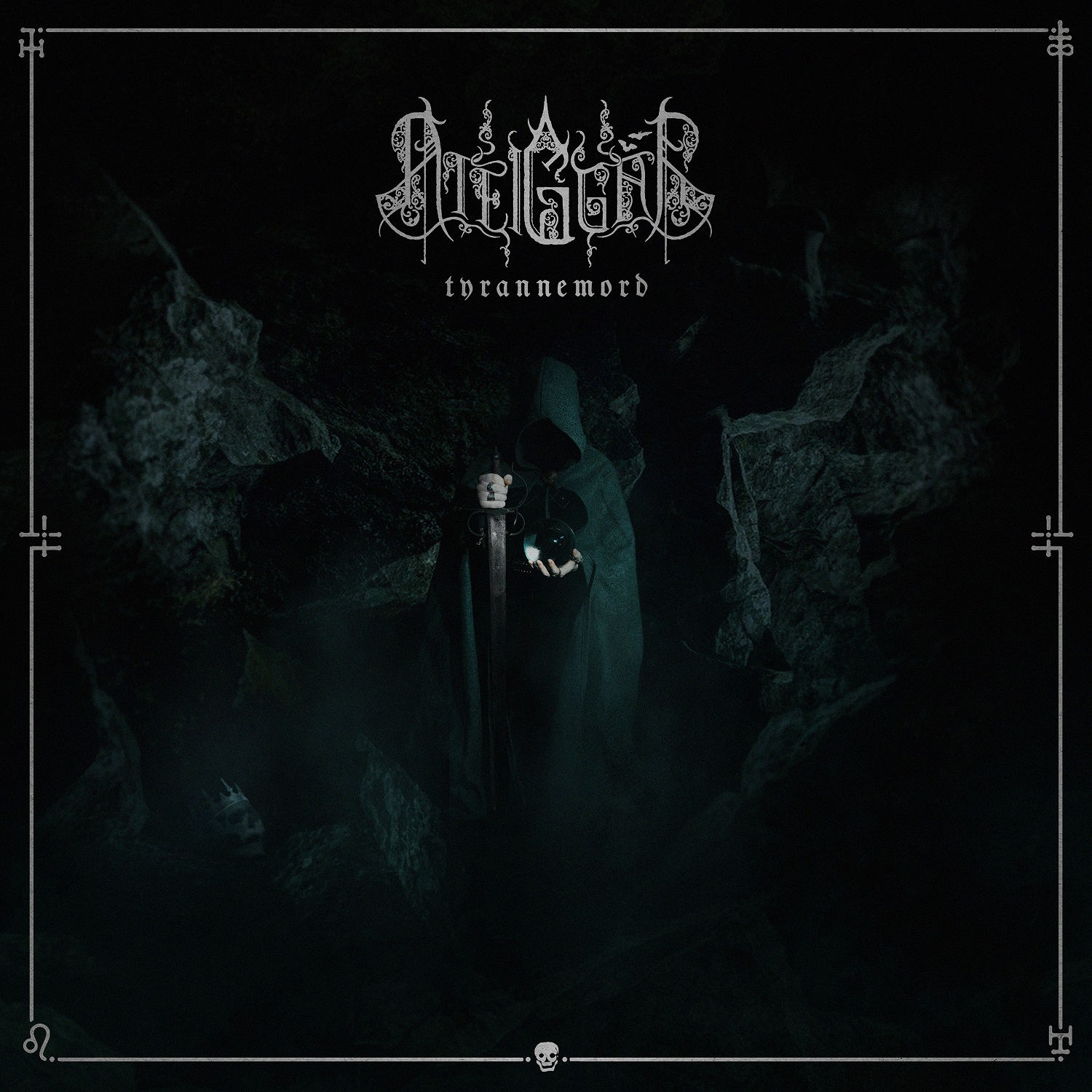 With the band’s first offering, the ‘Us d’r Höll Chunnt Nume Zyt’ EP from 2019, Switzerland’s Ateiggär surprised us with a fiery brand of Black Metal with its roots firmly in the Norwegian scene from the mid 90’s. A good blend of early Satyricon and Kvist, made the EP an authentic sounding piece of work, which was further enlightened with the great creative minds of the driving spirits behind the band – also active in such revered underground acts as Ungfell, Kvelgeyst and Arkhaaik. While not exactly being original in their musical approach, they made up for that with tremendous song writing and their excellent musicianship.

It took the band another three years to further perfect their musical course and forge it into their debut album, which comes to you in the form of ‘Tyrannemord’. It is about the fall of the Byzantine emperor Leo Armenius V. A truly intriguing story whose run-up to the assassination and the actual execution read like an exciting historical adventure film full of intrigue, sieges, battles, fear of iconoclasm and castrations (!). Writer Andreas Gryphius’ play from the year 1650, which gives a detailed account of this drama, formed the basis of this musical tale, in which the final assassins, led by general Michael Balbus, pose as priests and take Leo’s life in front of the palace chapel of St. Stephen on the morning of Christmas Day 820AD.

These epic adventures require an equally epic and adventurous musical setting, something the band succeeds in large measure. As with the debut EP, Ateiggär adorns itself with the refined melodies of Satyricon’s first three albums and ‘At The Heart Of Winter’-era Immortal, the bombast of the first two Emperor and Dimmu Borgir albums and Kvist’s somewhat rougher side. Moreover, in the purely epic passages, characterised by lots of horn blaring and heavy brass, I can hear a fondness for mid-period to later Graveland and the vocal work reminds me of German Horn at times. In fact, Ateiggär merges all the main ingredients from the second wave of Black Metal, especially that of Norwegian origin, into something that on the one hand sounds very recognisable and authentic, but at the same time does not sound like a hodgepodge mishmash. And although they are not giving themselves much of an original sound, it never feels like a second-hand musical experience. On the contrary, I would say, mostly due to the authentic way these two guys are able to weave all those key ingredients into their well-thought-out and equally well-executed songs.

It might not hit the ‘brilliance’-level yet, but after having listened to the album multiple times and judging from the big step up from their previous EP to this debut album, I feel that there is much more to come from these two gifted musicians. Anyone that has a weak spot for all that sounded epic, heroic, bombastic, grandiose and truly mesmerizing in those glory years of Norwegian Black Metal should give Ateiggär a chance.