Netherbird – Into the Vast Uncharted 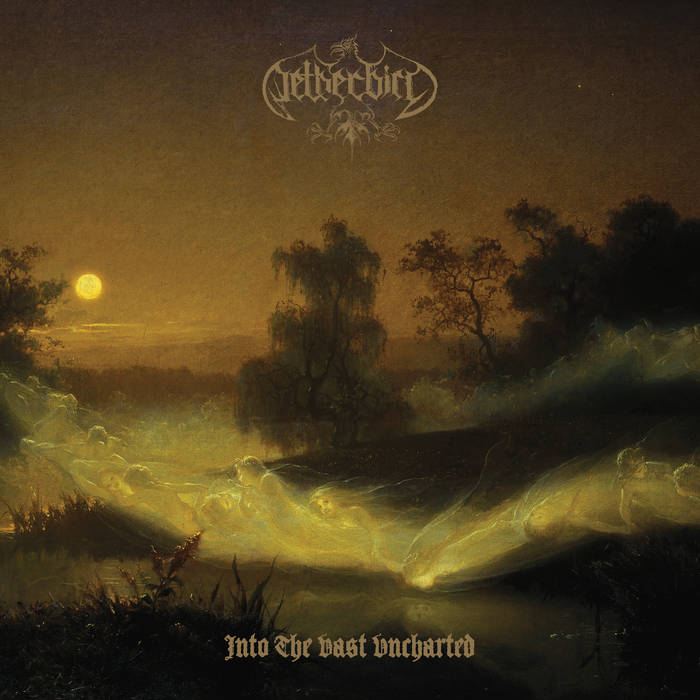 Unbeknownst to the masses of fans that The Great Mackintosh has, all two of them actually (Thanks Ricardo and Hayduke), I do enjoy a little bit of Melodic Death Metal at times. Australia’s very own Be’lakor are right up there, along with Sweden’s In Mourning. Call me soft, yes I usually go for a more aggressive style these days, but tell me that “Afterglow” isn’t one of the angriest finest albums you have ever heard or I’ll turn you into a half turtle, half tortoise, and call you a turtoise, or a tortle. Either way, sometimes the mood strikes, and I need the drama, the utter epicness of such bands, and with this in mind I am also going to mention one of my other firm favourites, Netherbird.

Since day dot, they have never failed to impress me, and as they go along, they just seem to almost fucking perfect the art of sounding deathly, whilst having a shit ton of moments make you feel like you are on an epic journey, in a ship, going to somewhere else you can’t even pronounce the name of. Maybe you are on a donkey,  a Llama, the vessel matters not, the end destination is never clear, but you know it’s going to be a fucking good one. After the massive proportions they had reached on “The Grander Voyage”, one got a bit worried that they may run out of steam, and when word of “Into the Vast Uncharted” came out, well I was a little nervous. A lot nervous actually. How the living fuck do you beat an album of such magnitude.

They must have heard me, and said “hey, hold my beer,” because not only ARE they taking us “Into the Vast Uncharted”, they ramp up perfection so well, that we are gonna have to come up with another word for it. Epic, massive, as heavy as the army of elephants that Hannibal used in the battle of Trebia, this is the shit of legends. You want an explanation any better than that, then I suggest you either hop on an elephant and invade another country, or just take my word for it, and have a listen.

Yeah, Melody is in there, as is Death, as is lots of stuff, and I’m not even going to bother picking a song for you, because that is you being lazy, and not listening to the whole thing and judging for yourself would be a crime, and then I am going to have to turn you into some sort of of Idiot cross Moron mix, and you’d then be called a human. Nobody likes Humans, well I fucking don’t anyway. This band though… (The Great Mackintosh)