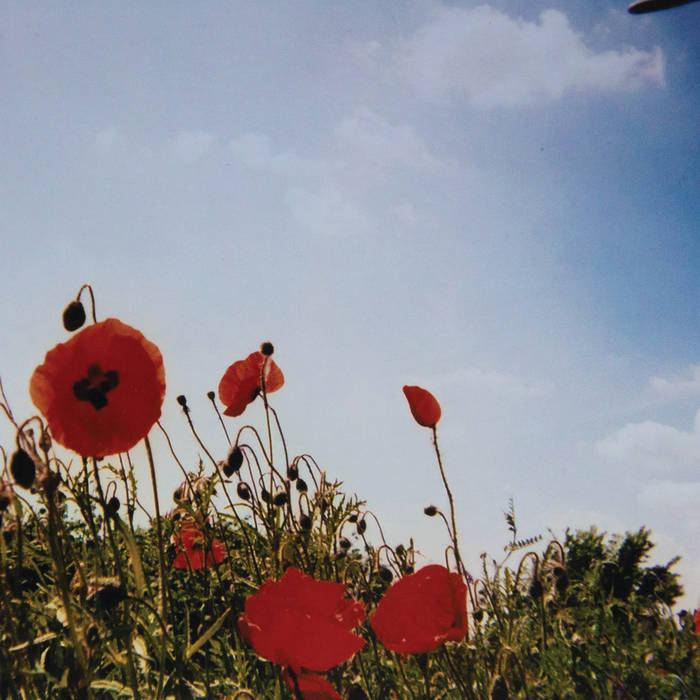 I have seen a recent wave of bands and artists coming forward in Black Metal who might not be related in any way, but seem to have a similar thematic emphasis on their place of origin. Rather than having any kind of nationalist overtones, these bands focus on celebrating both the beautiful and hideous nature of their area. It’s a theme which Immortal could arguably be called the progenitors of, with their land of Blashyrkh being a metaphor for the cold and ancient Norwegian mountains they grew up near. Really I think Wolves In The Throne Room can take credit for bringing this specific type of focus on one’s surrounding nature into Atmospheric Black Metal; and not just into the the lyrical themes, but the sonic styles too, in the process overcoming many of the confines of Black Metal’s traditions.

Fluisteraars are one of these such bands, whose third album ‘Bloem’ doesn’t so much tell a story of their homeland as attempt to evoke a feeling of the territory. They are from the Netherlands, and specifically from a rural area of Gelderland in the west of the country. It shows in some of the folk elements that the band weave into their sound, but there is far more to this album than a Folk/Black Metal hybrid. Fluisteraars are taking swathes of influence from the Blackgaze of Deafheaven and Alcest too, and it makes for a truly compelling listen.

The opening gambit of this record ‘Tere Muur’ kicks off with a classic Black Metal riff combined with some beastly vicious vocals. It alternates with a chorus underlaid with notes of post-rock, and when the track flows into it’s second movement the Blackgaze sound is really coming to the fore. However, it does so with a darkness that doesn’t take anything away from the more grim atmosphere the song kicked off with, rather giving that grisly opening a contextual balance.

The following track ‘Nasleep’ also begins with a melodious piece of Black Metal, but quickly takes a turn towards something with less tri-tone evilness and more minor scale wistfulness. The band introduce some intriguing vocals in the middle, which stretch out into wailing cries for mercy and then suddenly glitch into an electronic discordance. This only appears once on the record, but I wish they did more of this kind of thing because as weird as it sounds, it really adds another layer of excitement. When the song breaks down before it’s final stretch it takes a turn for the heart-breakingly melancholic, with a simple but gut wrenchingly forlorn melody. The track ends with guitars and pianos layering over each other with a restraint that only adds to the deep emotion of the track.

‘Eeuwige Ram’ opens with a different kind of vocal style, more human than beast, and with a grandiosity which works excellently with the tune, which is far more Alcest than Abbath. It’s a celebratory feeling song, and it gets even more ceremonious when the trumpets being to wriggle their way in half-way through the track. It feels very natural and not like a contrived piece of experimentation, almost as if the track wouldn’t be complete without with the brass. It’s the simplest track on the record, and feels a little incomplete compared to other tracks, but as a continuation of the thematic path of this record it’s terrific.

‘Vlek’ is probably the most well-balanced track here, combining beautifully the ferociously bleak Black Metal and the wonderfully crafted Blackgaze sections with a flow that never feels forced. The track’s minimalist acoustic bridge builds quickly into a bombastic second half, with some intricate chord changes and dramatic string sections. Much like the trumpets in ‘Eeuwige Ram’ the orchestra feels essential to the track, but never overwhelming of the other instruments. The production throughout this record is tremendous, but on this track especially it really shows.

The final track ‘Maanruĭne’ follows a similar path to ‘Vlek’, but in an even more magnificent way. When the acoustic guitar comes in it is soon followed by a single mournful trumpet, together sounding like a small-town street performance. This time the band opt for a big tenor-filled choir to add vocals to the finale, evoking even more feelings of sorrow and ceremony that have accompanied the listener throughout the album.

Fluisteraars have managed to combine both classic Black Metal sounds and modern Blackgaze components into a record which feels in perfect harmony with itself. Dramatic in places, with an atmosphere that envelops the entire record brilliantly, they have produced a triumphant album that should earn this band a place in the echelons of distinguished Blackgaze bands. There is also notes of some very interesting experimentation which the band have given just a nudge towards on this record. I hope that they can continue to increase the force of that motion, because the sound they have developed is the perfect canvas for pushing boundaries, and Fluisteraars have undoubtedly got the potential to fully break through the borders. (Will J.)